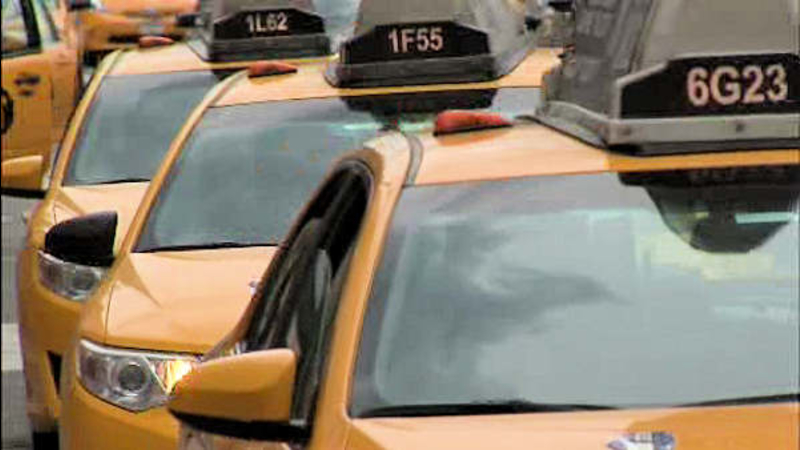 The Investigators: Taxi king who owes millions in taxes speaks out

NEW YORK (WABC) -- The so-called taxi king, the medallion mogul who owes millions of dollars in back taxes, is speaking out after a string of reports by the Eyewitness News Investigators.

Gene Freidman is no stranger to us, but now, he says he's trying to clear things up.

Medallion owners protested outside the Taxi and Limousine Commission offices Thursday because they say the TLC and the state have come after them for unpaid taxes while ignoring Freidman.

They leased their medallions to the king of cabs, who collected a 50-cent surcharge from every passenger. But according to the New York Department of Taxation and Finance, he failed to pay the state. That's when the medallions owners got stuck with the bill, and some now owe as much as $60,000.

"I get the warrants, I have lean on my corporation," medallion owner Mike Susuni said. "The bank took all the money, garnished the whole account."

Instead of going after Freidman, who leased the medallions and collected the surcharge, the state came after them, the little guy who owns one or two medallions.

"They threaten to seize my property," medallion owner Alec Soybel said. "And I will lose my medallion if I don't pay for them."

In the past, Freidman was combative when pressed about his taxes. But this version of the taxi king was calmer and more conciliatory, saying he's reimbursed some medallion owners and is working to help others.

"They leased medallions to me," he said. "Whether I owe it or I don't owe it, it's my responsibility to clean it up."

The Department of Taxation and Finance shows that three of his companies are in the top 20 tax delinquent businesses in the state, owing more than $10 million in taxi cab fees.

"I need a reconciliation, and I need to know what I owe, if anything," he said. "Maybe, in the end, the state will owe me a couple of bucks."

The TLC, in an unusually strong statement, said, "This matter is being investigated," adding that they intend to enforce TLC rules, including a new one that holds agents such as Freidman responsible for not passing on MTA taxes he collected.