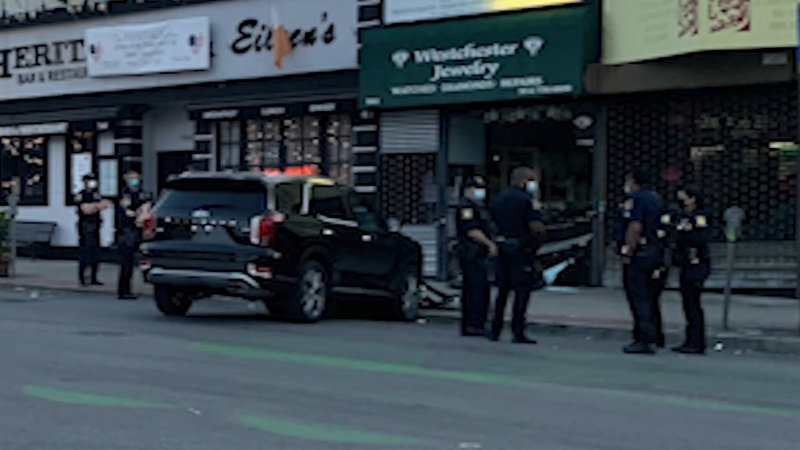 YONKERS, Westchester County (WABC) -- Two stores were broken into in Yonkers early Tuesday during protests that turned to looting.

Christina Mangiaracina, who owns the pharmacy, called 911 after getting an alarm notification on her phone.

"Scary times we're living in," she said. "I mean this was really scary, and to see it happening on my phone while I'm calling 911 watching it happen, it was very scary."

Crews spent the morning boarding up Westchester Jewelry, which had been closed because of the coronavirus pandemic.

"This was not done by protesters, this was done by criminals, unfortunately," Yonkers City Council member John Rubbo said. "They came in, they looted a jewelry store, they went into the pharmacy. These people, who are business owners, people who, they've been closed for moths just to come back and have something like this done. So it's very, very sad."

The footage shows the looters running to and from numerous vehicles, but the SUV that was used to ram the store was stolen and left behind.

"It's frustrating, and it makes me angry that it had to come to something like this," store owner Anthony Mangiaracina said. "It's a tragedy what happened, but this is not the answer."