Nick Bostic, 25, also described jumping out of a second-floor window to save the Barretts' 6-year-old daughter Kaylani.

Nick Bostic, 25, is being praised for his heroic actions after pulling as many as five children from a burning home last week in Lafayette, Indiana.

LAFAYETTE, Ind. -- After an argument with his girlfriend, pizza delivery driver Nick Bostic took his car for a drive to clear his head on a seemingly sleepy summer night.

By night's end, the Indiana man had saved five people from a burning home, including a 6-year-old girl he jumped out of a second-floor window with, and suffered serious injuries that were "all worth it."

While driving his car, Bostic passed by a two-story house fire in Lafayette, a suburb outside of Indianapolis.

"It was adrenaline. I hightailed my butt into the house," he said.

Meanwhile, David and Tiera Barrett were wrapping up a date night when David received a call from his 18-year-old daughter Seionna, who was babysitting her three siblings, ages 1, 6 and 13, along with a 13-year-old friend of her sibling. Seionna told her dad that their home was on fire, and she and the four children were inside.

"We dropped everything we were doing and took off running," David said.

Seionna said she first saw the fire in their living room, ran upstairs yelling and grabbed her baby sister.

"We started running down the stairs, and that's when we saw Nick, and we couldn't find Kaylani," Seionna said, holding back tears.

Bostic helped them out the door before desperately searching the smoke-filled house for Kaylani, whom the family affectionately calls "Baby K."

"I took a deep breath, and I ran [downstairs] and I grabbed Kaylani. I used my ears to help find her," Bostic said.

Because of the dense smoke, he said his only option was to exit through a second-floor window. Bostic punched out the glass and jumped to safety with the 6-year-old girl in his arms. He suffered multiple injuries but the girl only suffered a minor cut to her foot.

Body camera video captured the aftermath of the jump as Bostic handed Kaylani to police and collapsed on the pavement. While receiving treatment, the video shows Bostic asking, "Is the baby OK? Please tell me the baby's OK," before someone off camera assured him the child was fine.

"I remember pulling up to the house and running up and all Seionna could say was, 'I can't find Kaylani,'" David Barrett said. "Then the officers said, 'She's in the ambulance,' and then they told me about Nick and what he had done. I started crying more. One of the most awful feelings to have is that I wasn't there. Kaylani said, 'Daddy I was looking for you.'"

The cause of the fire is currently under investigation. The family lost almost everything.

"On our wall, in our living room, it was completely burnt down. The only thing that was left was [a sign that read] 'love,' and that's all I feel from everyone," David said.

But the family said they did pick up a new family member.

"God uses the most unlikely characters. He sent an angel," David said.

Bostic, who suffered smoke inhalation in addition to his arm injury and other wounds, was airlifted to an Indianapolis hospital and discharged two days later.

He said he's not a hero and just did what he would have wanted someone to do for him and his family if their home was on fire.

"It was all worth it. I kept reminding myself what a small sacrifice. This temporary pain ... it's so worth it," he told WLFI-TV.

A GoFundMe has been established by Bostic's family to help with his medical bills. 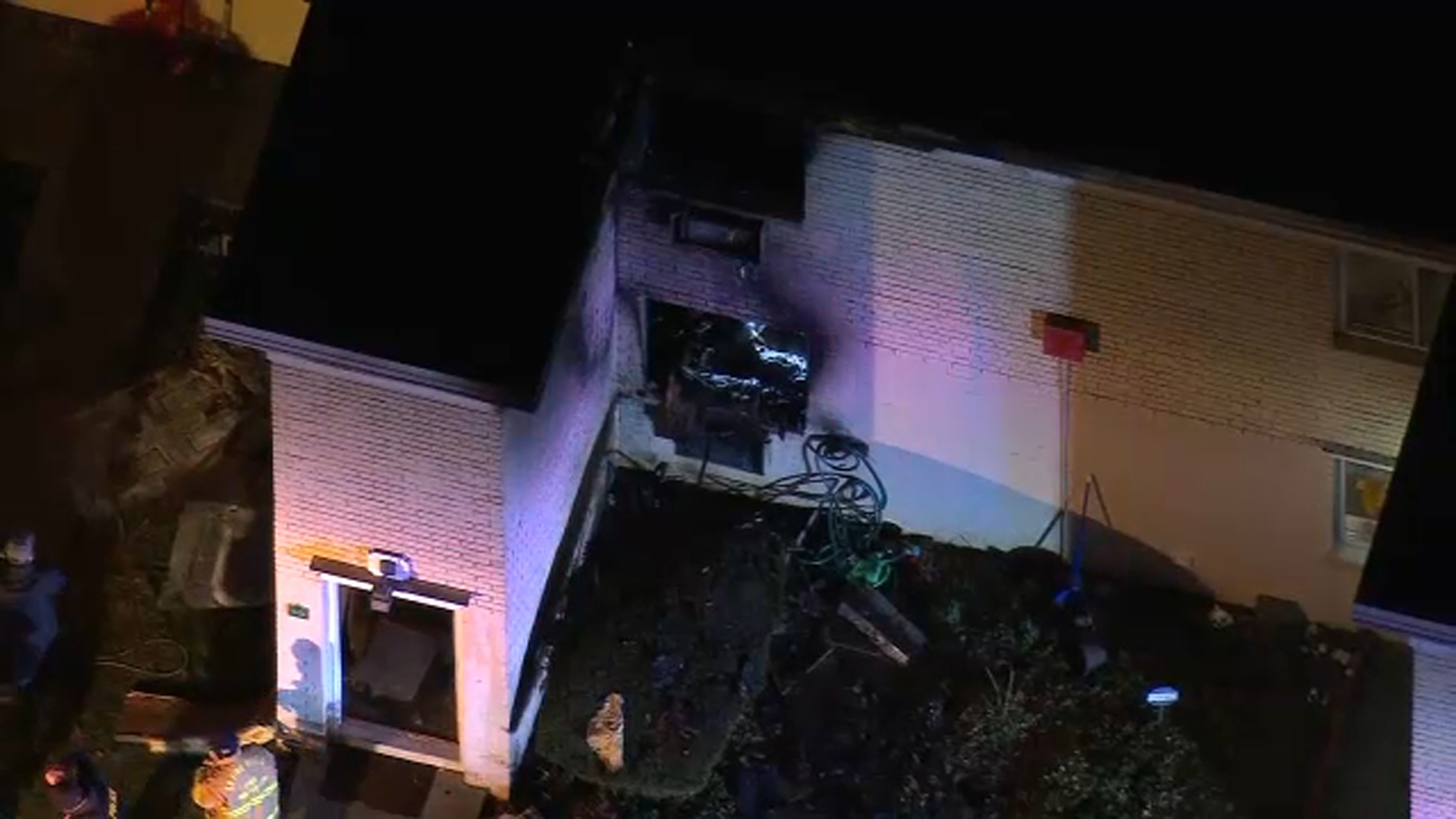 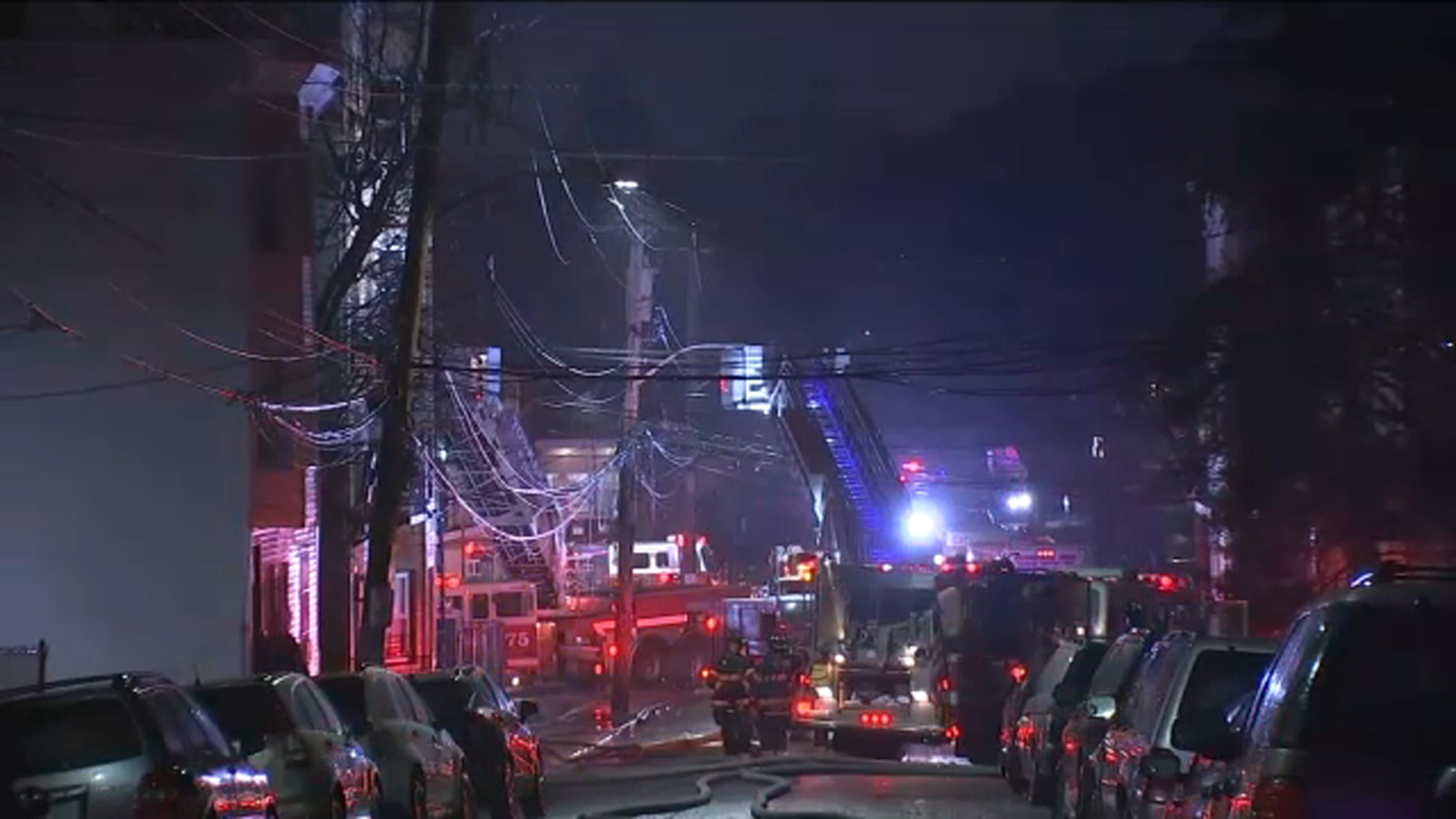