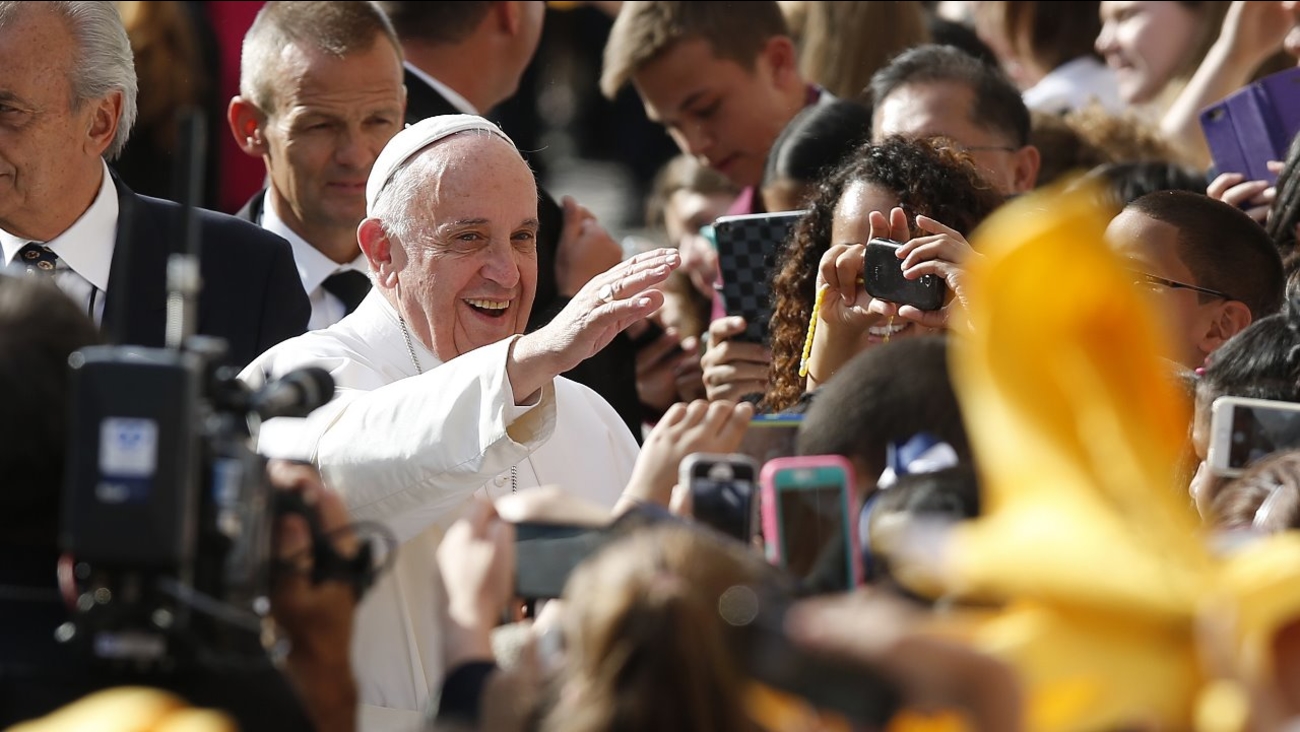 Pope Francis greets the faithful as he arrives at Our Lady Queen of Angels School, Friday, Sept. 25, 2015, in New York. (AP Photo/Jason DeCrow)

NEW YORK (WABC) -- Hundreds of thousands of people were within the line of sight of Pope Francis as he made his way around New York City Thursday and Friday, leaving behind so many memorable moments for so many.

Pope Francis's itinerary called for him to spend just under 40 hours in NYC, arriving Thursday evening at 5 p.m. and leaving Saturday morning just before 9 a.m. He was a part of six major events that spanned Manhattan -- from the Financial District up to East Harlem.

Here are the moments we thought you'd want to see again:

Seventeen-year-old Stephanie Gabaud, of White Plains, received a special blessing and hug from the pope before the prayer service began. Gabaud suffers from spina bifida, a rare birth defect in which a baby's spinal cord fails to develop properly. She also had the opportunity to meet Pope Benedict XVI when he was in New York City in 2008. (click here for the story) 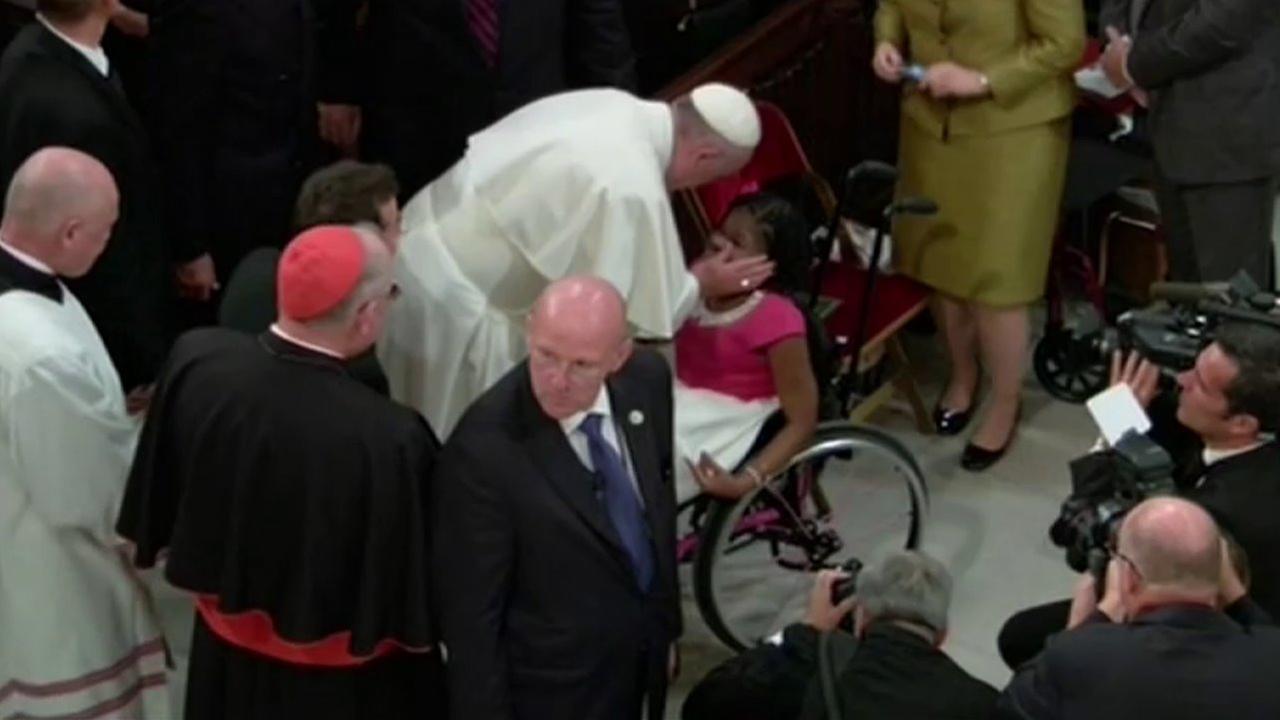 Pope Francis' journeys from one place to another through the city were met with plenty of onlookers who hoped to catch a glance of the religious leader's historic visit -- his first time ever in the United States. The biggest procession was his trip through Central Park, which gathered a crowd of more than 80,000 people. (click here for the story) 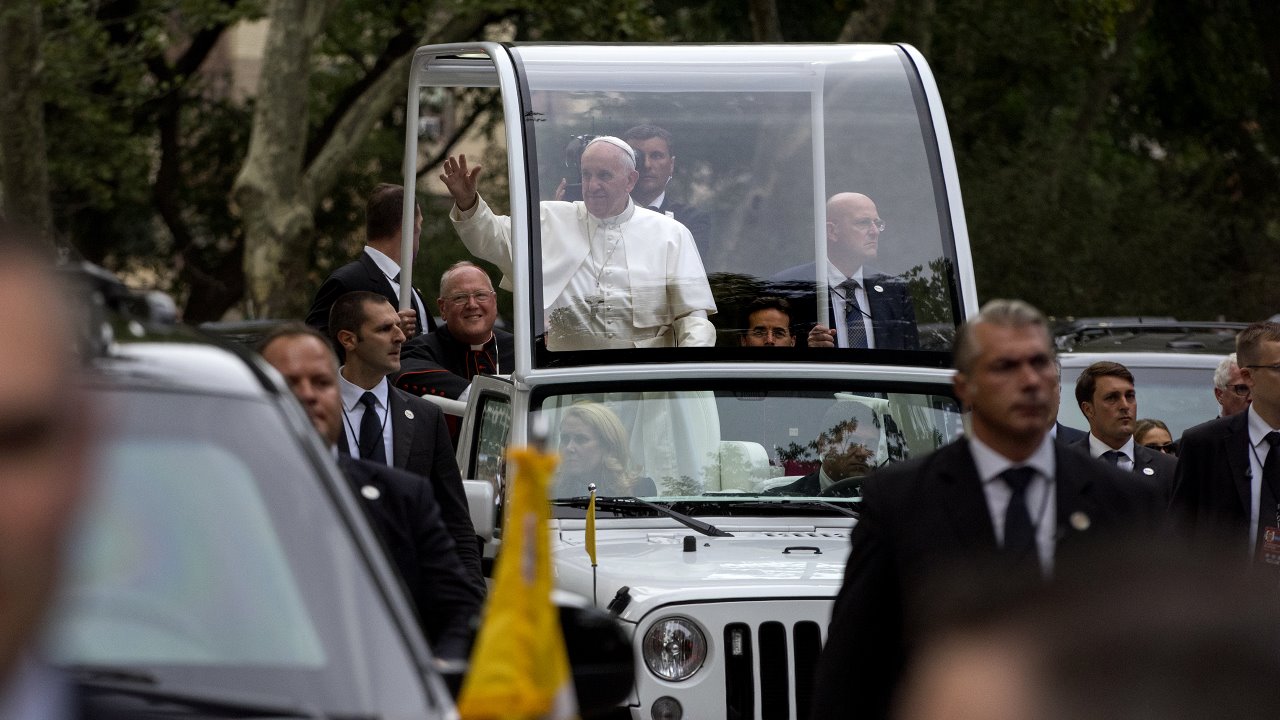 3. The tenacity of the people to see Pope Francis

People attending events with Pope Francis had to arrives hours beforehand, standing in line or in place for quite a while before the event got under way. The line to get into Central Park for the procession was extraordinary. Check out the overhead view below from a rooftop on Central Park West. (click here for the story)

4. Girl tells Pope Francis how to use smartboard

During Pope Francis' visit to Our Lady Queen of Angels School in East Harlem, he tried out a smartboard (touch screen television) with two students helping him. The pope ran into some trouble using it, and the girl, Kayla Osborne, helped out by telling the pope, "You have to double click it!" (click here for the story) 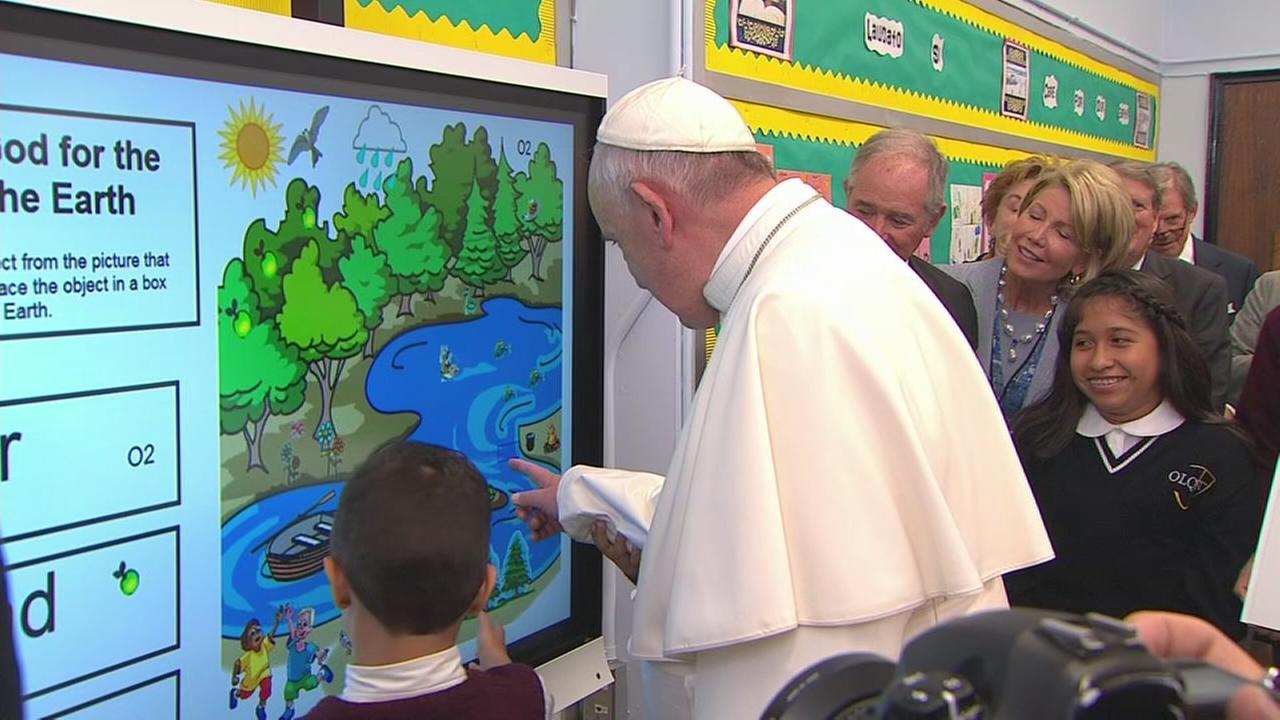 Children from four different New York City Catholic schools greeted Pope Francis as he arrived at Our Lady Queen of Angels School Friday. The group was so enthusiastic about the visit, even causing security to break up one girl's bear hug with the pope. Check out the video of the grand entrance. (click here for the story) 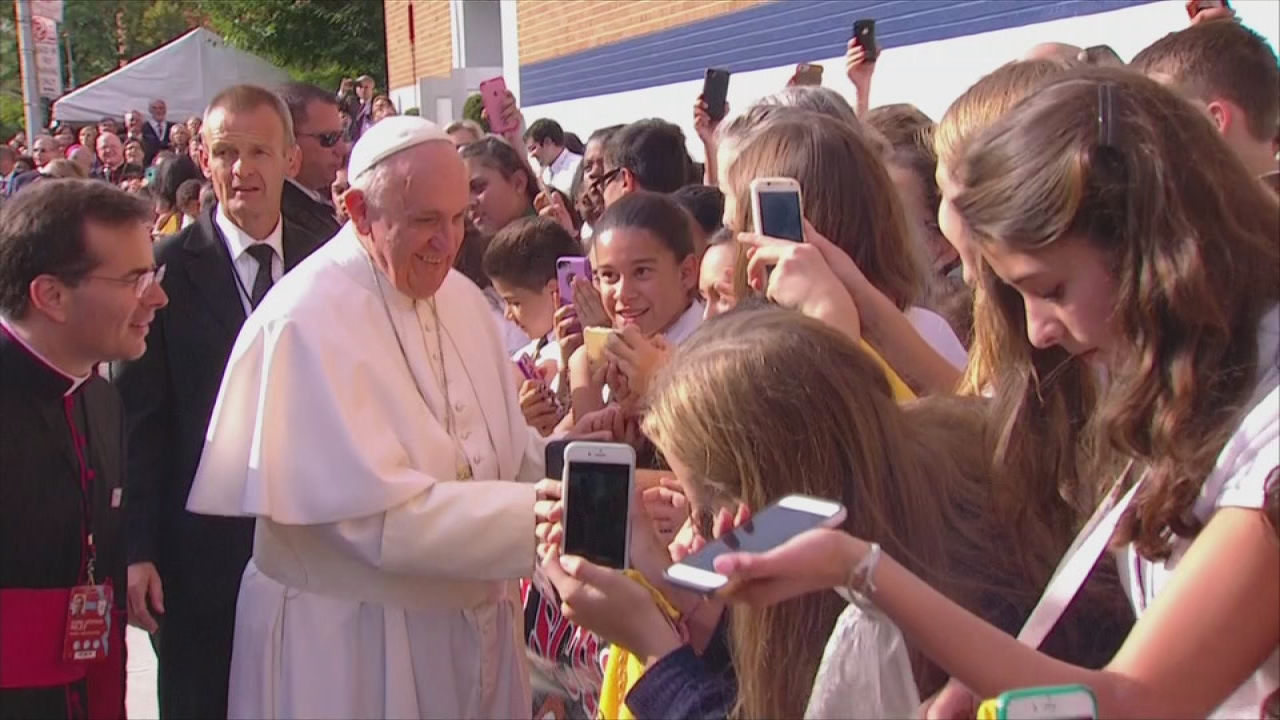 6. The impact of Pope Francis' visit to the 9/11 Memorial

Images of Pope Francis' trip to the 9/11 Memorial in Lower Manhattan are powerful. During his visit there, he asked God for eternal peace for those killed, as well as healing for the relatives of the nearly 3,000 people killed in the 2001 terror attacks in New York, at the Pentagon and in a field in Pennsylvania. (click here for the story)

She wasn't able to get blessed by the pope -- or even very close to him -- but a woman had an emotional reaction to simply seeing Pope Francis in person as he traveled through Central Park. (click here for the story) 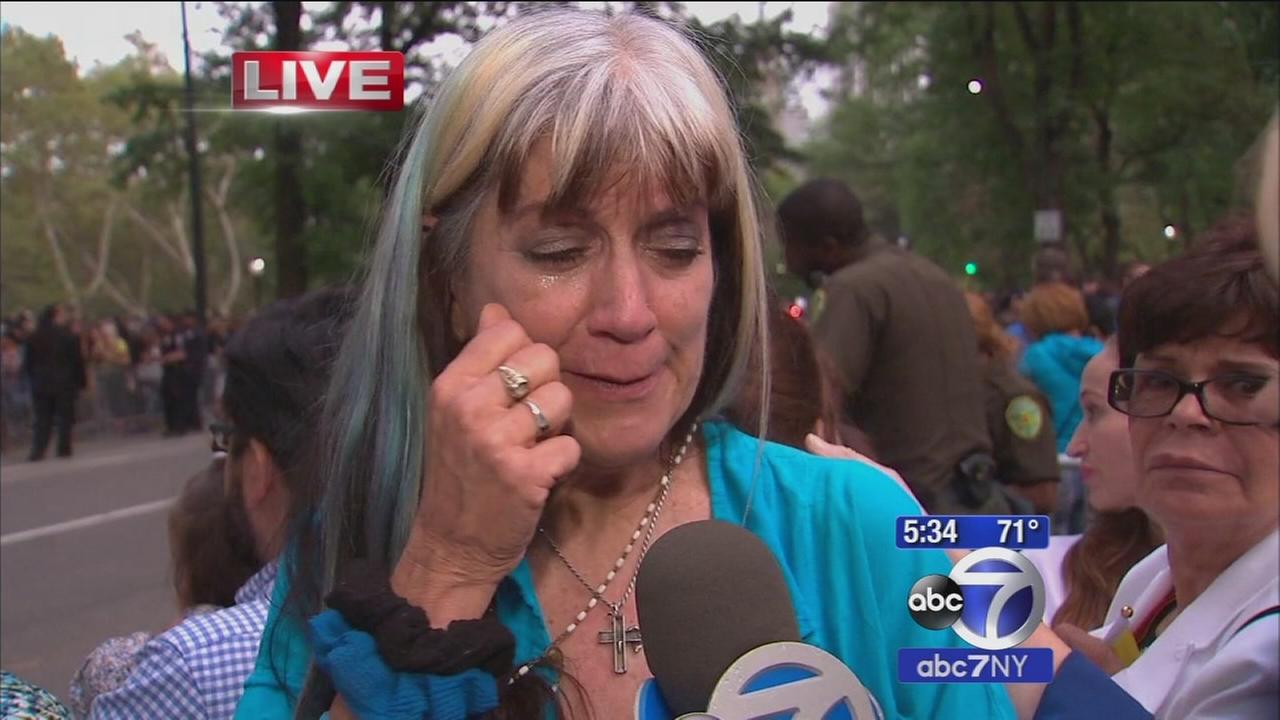 8. Sandra Lee talks about her special blessing from the pope

Pope Francis gave blessings to many New Yorkers, and Sandra Lee was among them at St. Patrick's Cathedral. The long-time partner of Gov. Andrew Cuomo announced earlier in the year that she had been diagnosed with breast cancer and has since had a double mastectomy. She shared her reaction to the blessing after the memorial service. (click here for the story) 9. Pope Francis gets a standing ovation at Madison Square Garden

An audience of more than 20,000 attended the celebration of Mass at MSG Friday night. At the end of the event, the crowd erupted in applause that quickly turned in to a standing ovation. It's a special moment to top off his visit to New York City. (click here for the story) 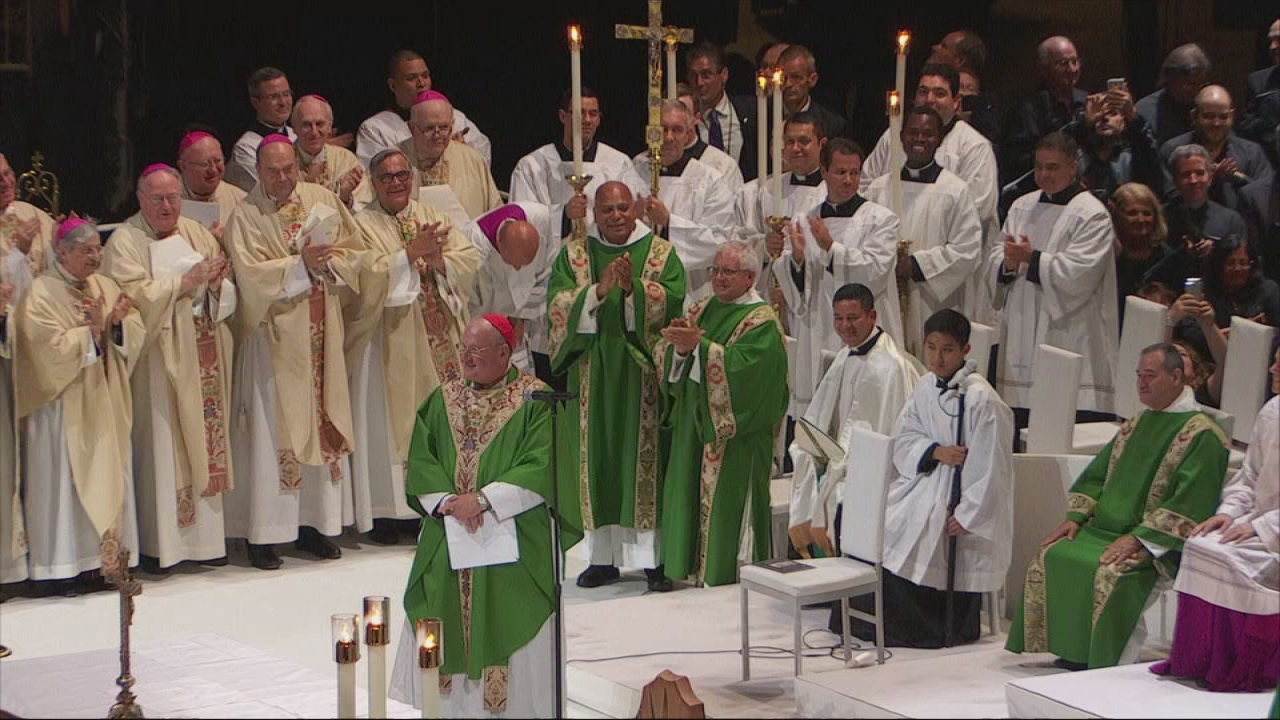 10. The spirit of the crowd, and how they prepared for the events

People who attended the events for Pope Francis Friday were high in spirit and energy, and some took it to the next level with accessories. (click here for the story)

11. The not-so-real pope that had heads turning in NYC

A wax replica of Pope Francis had people stopping in their tracks, hours before the real pope was expected to be in New York City. It was part of a publicity stunt for a wax figure company in NYC, and it fooled at least one person who called the police. The NYPD checked it out and determined it wasn't the real pope. (click here for the story) 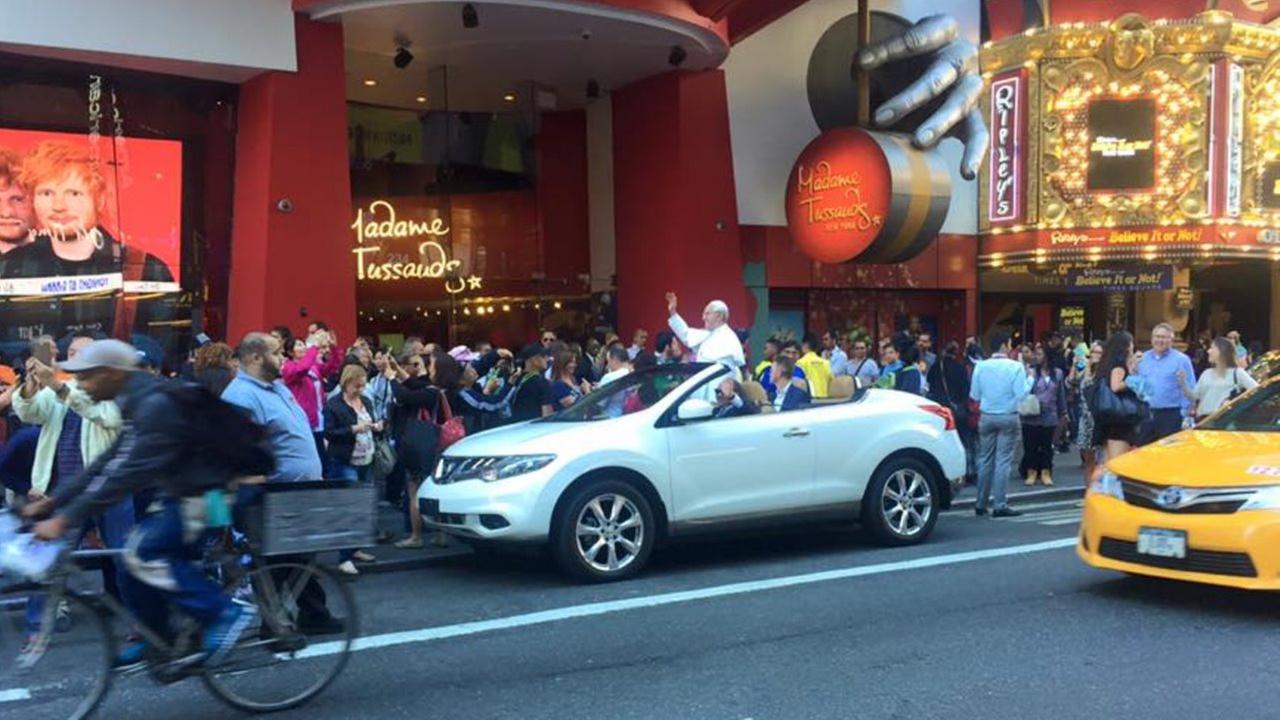 Did any other moments stand out for you? Tell us about them in the comments below.