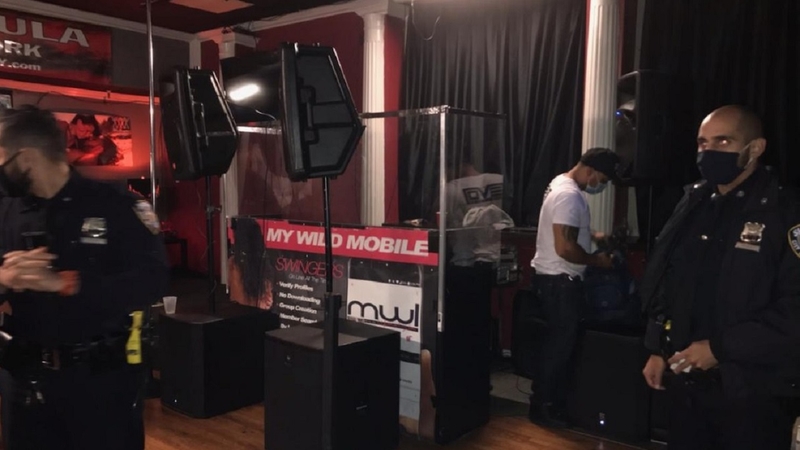 ASTORIA, Queens (WABC) -- Police broke up a private swingers party in Queens that was being held inside a yellow zone.

Officers were called to Club Caligula on 20th Avenue in Astoria shortly after 12 a.m. Sunday. At least 80 people were inside the club when police showed up. Police found people drinking and eating at a buffet.

New York Gov. Andrew Cuomo says a Brooklyn synagogue should be investigated over reports that it hosted a secret wedding with thousands of unmasked guests earlier this month.

Gatherings in yellow zones, which include Astoria are capped at 25 people.

Another illegal party was broken up in Midtown, Manhattan early Sunday morning. Police say more than 120 people were inside the party space on West 36th Street. In addition to crowd concerns, police say the organizers served alcohol without a liquor license. Investigators charged the five people who organized the party.