'I can't believe I'm alive': Man shoved onto tracks in front on oncoming train speaks out 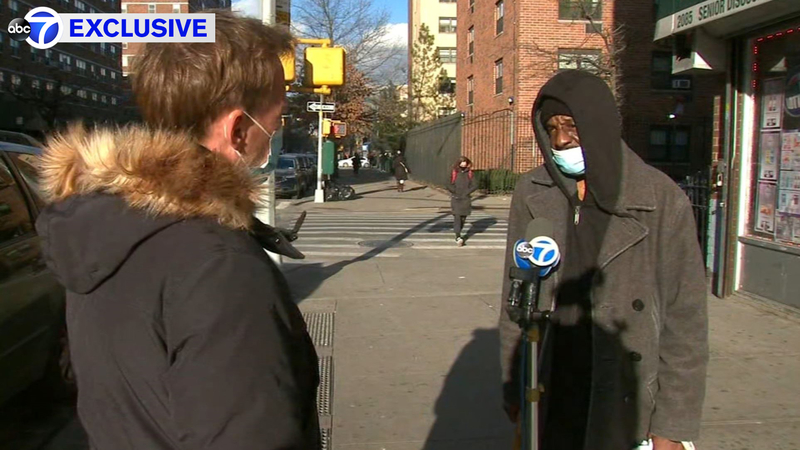 HARLEM, Manhattan (WABC) -- A man who miraculously suffered minor injuries after he was shoved onto the subway tracks in front of an oncoming train is speaking out exclusively to Eyewitness News about his harrowing experience.

Rawleigh Thompson couldn't scramble quickly enough to dodge the train completely, but the 62-year-old from Harlem still managed to survive.

Thompson said he was heading to church on Sunday morning when a man pushed him from behind onto the southbound tracks at the Fulton Street Station.

As the train approached, he scrambled as close to the platform as he could to get out of the way.

The train struck his leg, but luckily, it didn't break any bones. Still, he said he's in a lot of pain and walking with a cane.

By the time he crawled out of the tracks, the man who pushed him was gone.

The NYPD released surveillance video of the suspect as he was going up the escalator to leave the station.

The incident happened one week after a women was pushed onto the tracks in Times Square and killed, prompting many city officials, including Manhattan Borough President Mark Levine, to call for platform barriers in at least some of the city's subway stations.

Whether that happens or not, Thompson is urging people to pay close attention when standing by the platform.

Meanwhile, police are urging anyone who recognizes the suspect to call CrimeStoppers at 1-800-577-TIPS.