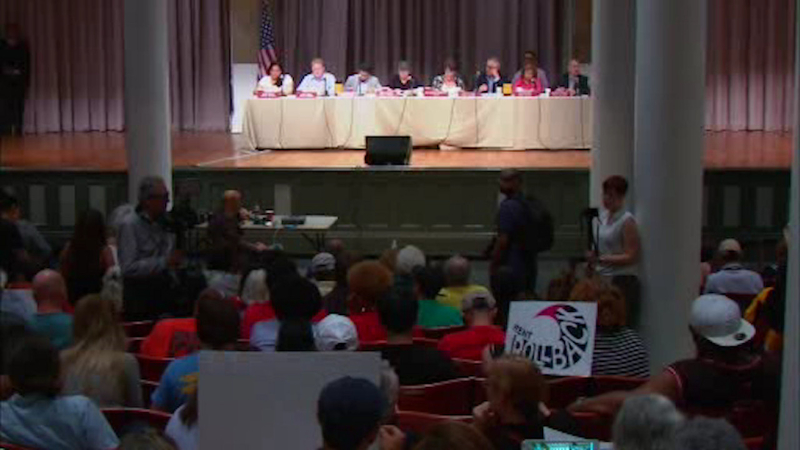 Rent Board raises rent 2% for 2-year leases, no increase for 1-year leases

NEW YORK (WABC) -- A rent hike is on the way for some New Yorkers.

There were so many upset tenants that it took more than an hour for then to file into Monday night's meeting.

A loud and angry crowd of tenants chanted just before the Rent Guidelines Board vote at Cooper Union.

At first board members were miles apart.

"I move that we propose a negative 4 percent for a 1-year lease and a negative 2 percent on a 2-year lease," said Harvey Epstein, a tenant member.

The decision ended up somewhere in the middle.

Not surprising at all, neither side was thrilled.

"Costs continue to go up, landlords, tenants alike, we have to maintain our personal check books and budgets and at the end of the day when there's more going out then there is coming in it essentially is handcuffing an owner," said J'Nell Simmons, Landlords New York Executive Director.

"Although last year we were grateful for the zero, but that was just enough to keep some tenants in their apartments, but for others it was too late. They're already in shelters," said Gloria Torres, a tenant.

The changes are effective for leases from October 1 of this year through September 31 of next year.

Of the 3.4 million housing units in New York City, 65 percent of them -- nearly two-thirds -- are rentals. And of those 2.2 million rental apartments, roughly half are rent-regulated.