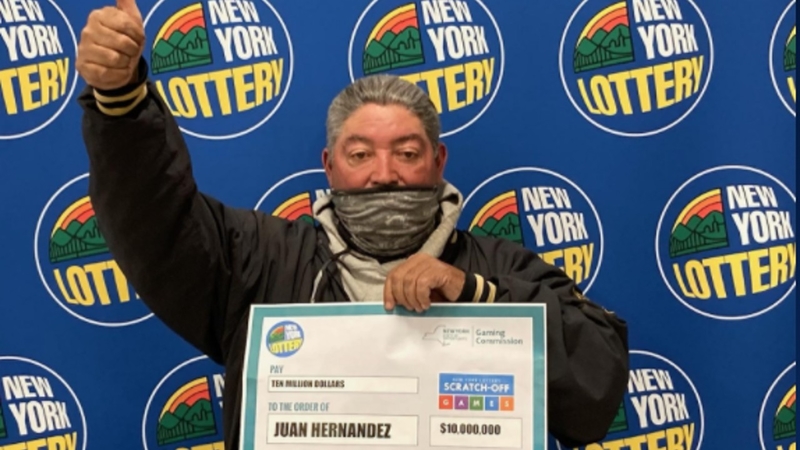 UNIONDALE, New York (WABC) -- One Uniondale man struck gold this week with a huge scratch-off game win, and its not the first time he's done it either.

That time Hernandez lucked out after playing the $350 million Cash Spectacular scratch-off game.

His most recent ticket was purchased at a Hempstead Stop & Shop located at 150 Fulton Avenue.

As of tonight, there are three $10 million top prizes left on the deluxe scratch-off game.