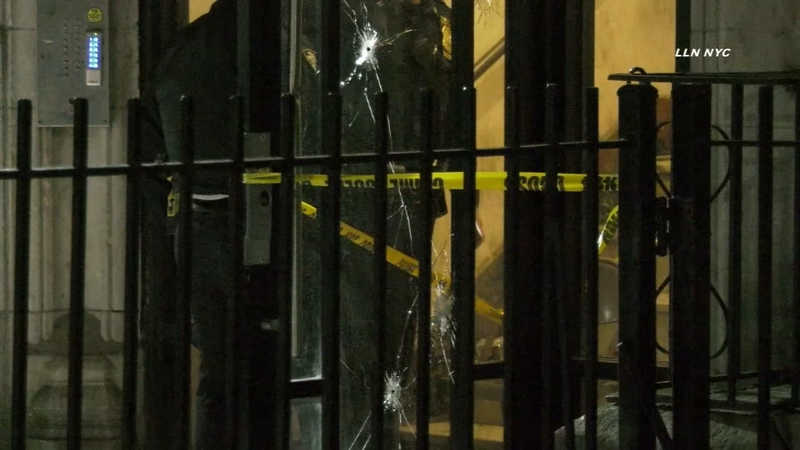 2 men hospitalized, 1 critical after being shot in Brooklyn building lobby

CROWN HEIGHTS, Brooklyn (WABC) -- Two men were shot in a building lobby in Brooklyn and one of them has died from his injuries.

The men were inside the lobby of a building on Bergen Street in Crown Heights around 1:00 a.m. Saturday when they were shot.


Video is from previous coverage

EMS transported both men to Kings County Hospital where the 38-year-old was pronounced dead. The 45-year-old man is in stable condition.

Police are still investigating the incident, but have not made any arrests at this time.


Investigators say the suspect is a man with a dark complexion who was last seen wearing a black jacket and blue jeans.

There's no word on what led to the shooting.