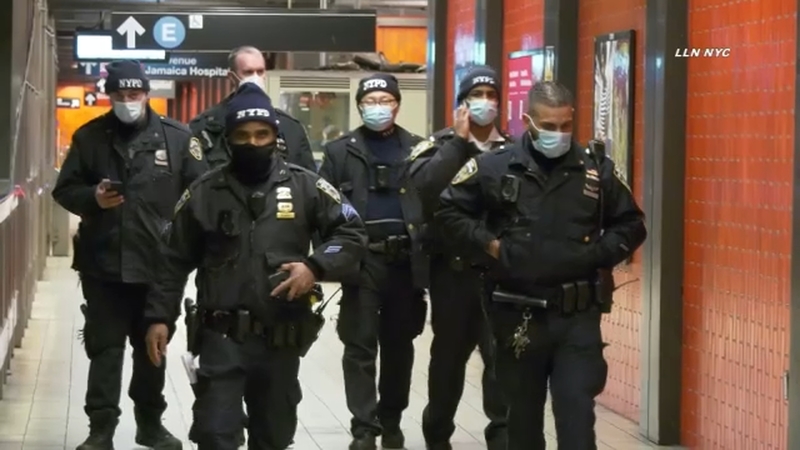 JAMAICA, Queens (WABC) -- A man said he was stabbed by one of three men who had approached him inside a Queens subway station early Saturday.

Police said the 46-year-old victim was in the mezzanine area of the Jamaica-Van Wyck station in Jamaica just after 3 a.m.

He told police the men came near him and demanded money.

Police said following a dispute one of the suspects stabbed him multiple times in the left thigh and buttocks before running off.

The victim was taken to Jamaica Hospital.

It's the latest incident in the transit system that has been plagued by violence this year.

On Friday, a man was stabbed in the arm at the Briarwood station in Queens in the middle of the evening rush hour.

And earlier in the day, a man was taken into custody for stabbing a dancer on a subway train in Williamsburg on Thursday.