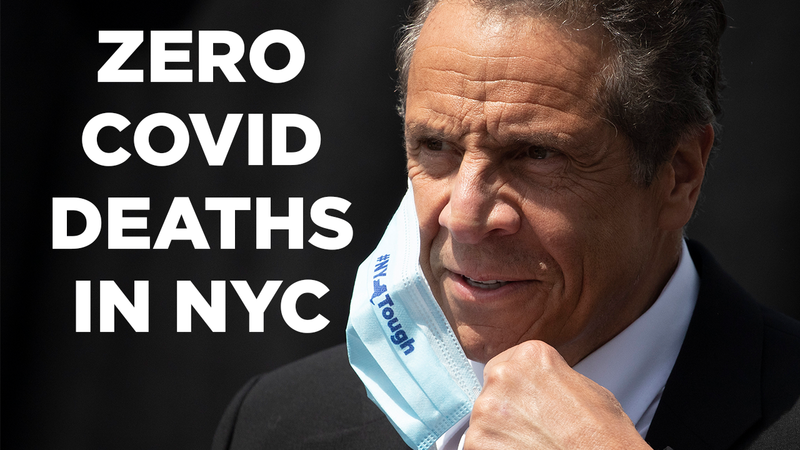 Statewide, two people died from COVID-19 on Monday, a new milestone for a state that was once suffering from 800 daily deaths, Gov. Andrew Cuomo announced Tuesday.

"That is two too many, but at one time we had over 800 in a single day, back on April 14," Cuomo said, calling it a "significant milestone" for him and all New Yorkers.

The two deaths were in Suffolk and Albany counties. There have been 25,058 in the state that were linked to COVID-19.

Meanwhile, New York, New Jersey and Connecticut added 10 states to the list from which travelers are required to self-quarantine for 14 days. The newly-added states are Alaska, Delaware (re-added), Indiana, Maryland, Missouri, Montana, North Dakota, Nebraska, Virginia and Washington (re-added). Minnesota has been removed from the list.

VOTING ABSENTEE IN CONNECTICUT
Connecticut lawmakers on Tuesday heard from voters who want to cast their ballots by absentee because they're afraid of going to the polls in November during the coronavirus pandemic, as well as from those who say they're more concerned that expanding eligibility might lead to fraud.

MASSIVE PARTY IN NEW JERSEY
A large party in Brick Township, estimated to be more than 400 people, had to be shut down by police on Monday. Loud music, littering, public urination and trespassing were reported near Atlantic Drive just after 9:30 p.m.

An officer was injured by a man driving a white Mercedes when the officer attempted to clear the area.

HELPING NYC RESIDENTS IN NEED
The City of New York has donated some 100 million meals to food insecure residents. Mayor Bill de Blasio vowed that the food distribution would continue as long as it's needed. The city has also created a Landlord-Tenant Mediation Project to help keep residents that are unemployed due to COVID-19 in their homes. "We are about to go over a cliff in this city" the mayor said of residents being unable to pay their rent. One bright spot, Mayor de Blasio announced $22 million to create and revive community centers throughout the city.