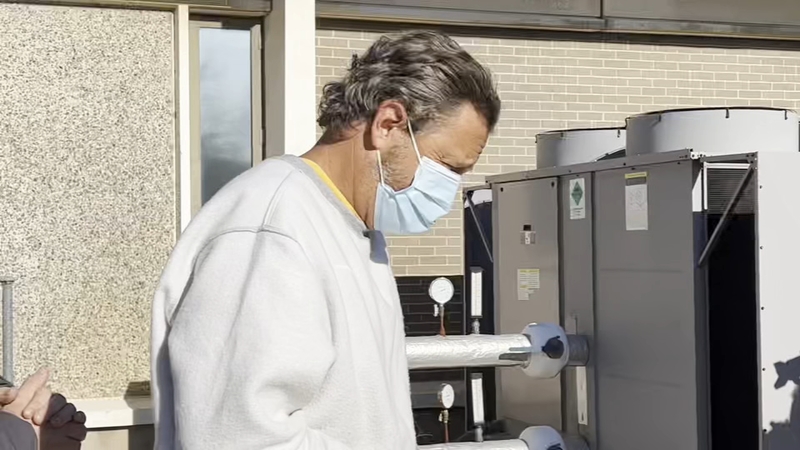 BABYLON, New York (WABC) -- A Babylon School District teacher facing rape charges over an alleged sexual relationship with a minor in 2013 was in court Friday.

Timothy Harrison, a special education teacher who also coached lacrosse and basketball until he was reassigned with four other employees after the allegations first came to light in November, was ordered held on $25,000 cash bail.

The 46-year-old Harrison, of Oak Beach, was arrested during a traffic stop on the Robert Moses Causeway at Route 27A in West Islip Thursday.

He is accused of having a sexual relationship with a 15-year-old girl when he was 38, charged with two counts of third-degree rape and one count of third-degree criminal sexual act.

"It's absolutely disgusting," former Babylon High School student Darcy Bennett said. "I was enraged the whole time in the court."

Harrison had nothing to say as he left the courthouse, but his lawyer denied the allegations and pointed to Harrison's role in the community.

"His life's history is the opposite of this accusation," attorney Keven Keating said. "He's 46 years old. He's been in the district forever."

The case is significant, however, because students in Babylon say it highlights a problem going back forever.

Prosecutors say brought his victim to his home, gave her alcohol and had sex with her on more than one occasion, and his arrest comes only a few months after several heated school board meetings during which former students told of allegations of systemic abuse in this district.

Bennett, who graduated from Babylon in 2009, was one of the dozens speaking out, accusing yet another teacher of abuse. She came to court Friday to support Harrison's accuser, even though she doesn't know her.

"I think it's important to believe survivors, whether or not it's been 10, 20, 30 years," she said. "Because that's how far back it goes with Babylon."

But the reality is that this case may be the only one resulting in a criminal charge due to the time passed, a point not lost on the defense.

"I hope we are all beyond accepting the notion that every single one of these types of accusations are truthful," Keating said.

Harrison is due back in court on April 18.