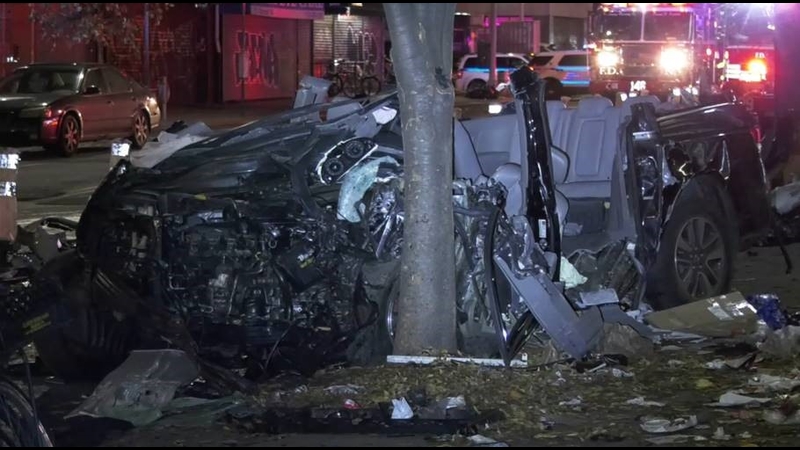 WILLIAMSBURG, Brooklyn (WABC) -- Police say a blown tire on a BMW caused a three car crash that killed a driver in Williamsburg, Brooklyn.

The vehicles collided in the 600 block of Grand Street at around 1:15 a.m.

Investigators say a BMW 7 series traveling west on Grand Street blew its rear right tire, causing the driver to lose control, cross into the eastbound lane and strike a Honda Odyssey van and a Honda Element.

The Odyssey careened into a tree, killing the 26-year-old driver. He was pronounced dead at Woodhull Hospital.

The NYPD identified the victim as Alexander Ulloa-Toribio of Brooklyn.

34-year-old driver of the Element was not injured.

Police say three of them, two women and one man, were pronounced dead at the scene.