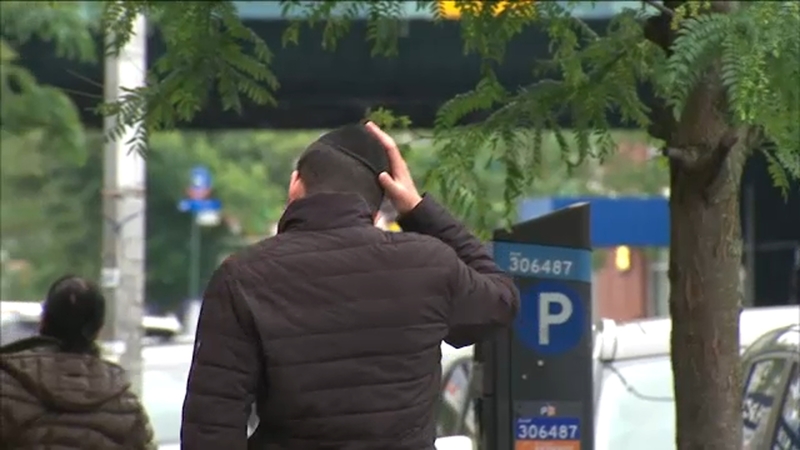 NEW YORK (WABC) -- It may be the last place in America where young Jewish men would think twice about wearing their yarmulkes on the street, but the fear is real.

Weinwurzel and his friend, Solomon Terzi, say there are times when their yarmulkes make them a potential target.

Like the young man who was beaten by an angry mob in Times Square two weeks ago.

"Right as I see all these stories, and listen, I don't want to get into any trouble. So I'm just going to take it off. It's a small sacrifice until all this scary stuff dies down. Maybe then you can put it on if you're born Jewish, but right now, it'snot the time," Terzi said.

In the past several weeks, hate crimes have continued to rise in New York.

In the past, violence directed against Asian New Yorkers has been uncommon, while anti-Semitic hate crimes have been trending upward for several years.

Congresswoman Nicole Malliotakis blames bail reform laws and a crippled criminal justice system but acknowledges that some of her Congressional colleagues bear some responsibility, as well.

"I'm just saying there are members of Congress in general, that have spewed rhetoric that is not helpful in this discussion," Malliotakis said.

"When the police do their jobs, and they put the handcuffs on the bad guy, and they bring them into the court system, then what? I think that's what society is seeing here, in the city today," Yeger said.

The Democratic candidates in the race to be New York City's next mayor are fanning out across the Big Apple Thursday.