Hurricane tracker: Parts of the Tri-State area could see some snow on the backside of the storm
WABC 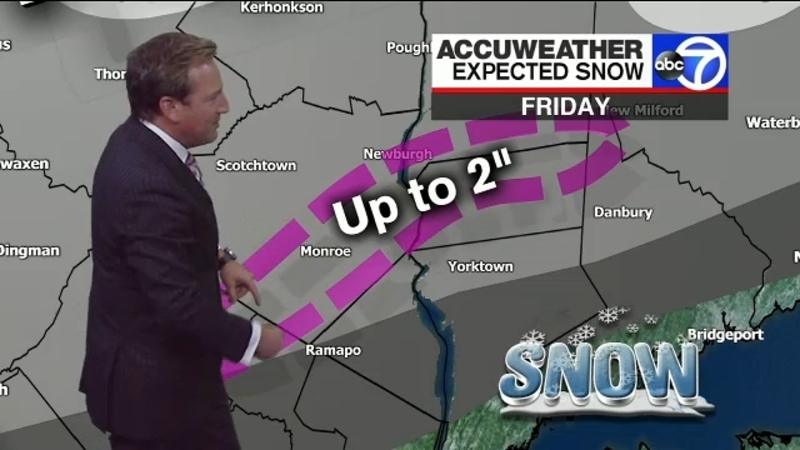 The storm pushed northwest of Atlanta Thursday, spreading strong winds into the Carolinas and southern Virginia.

The Tri-State region is now preparing for remnants of the storm to mix with a wintry air mass that has already dumped snow in other parts of the country.

As those two systems merge, it will be a powerhouse of a storm along the East Coast.

Heavy rain will move through the Northeast Thursday night as Zeta races out ahead of cold air that will filter in, prompting an AccuWeather Alert for Friday. 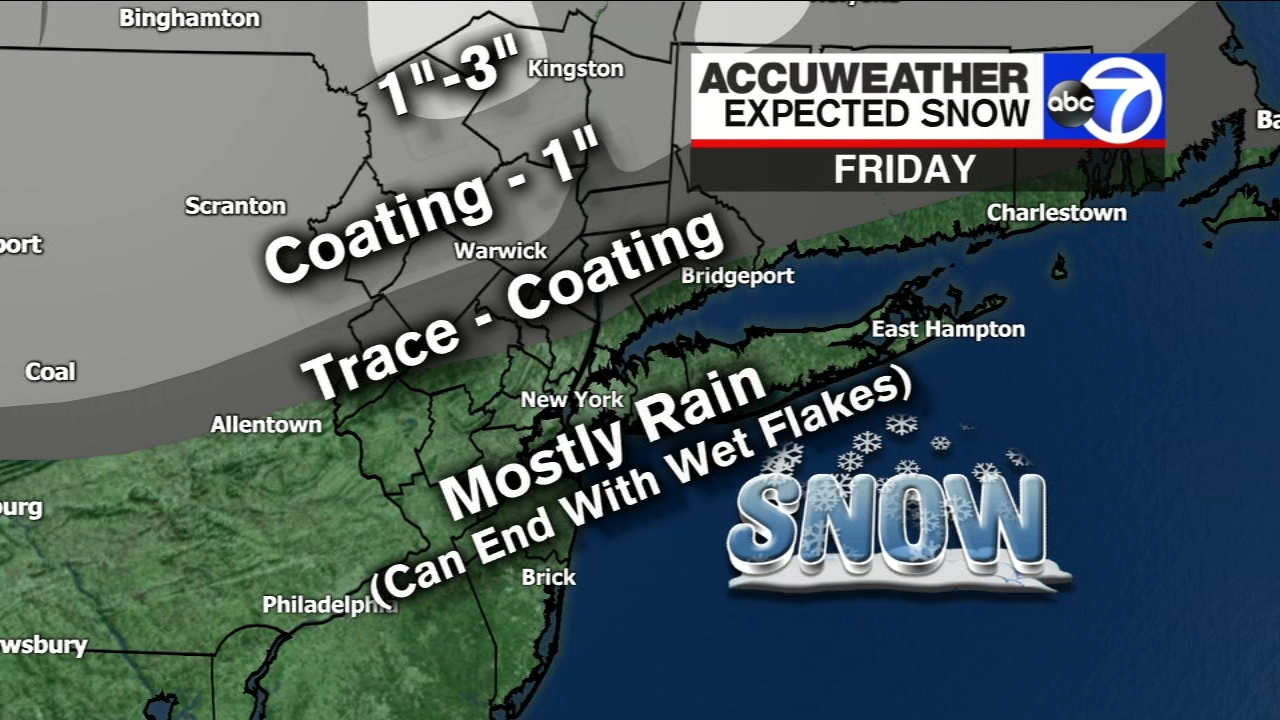 Timeline of what to expect

Northern parts of New York and higher elevations may see several inches of accumulating snow by Friday morning depending on the track of the storm.

The heaviest rain will be from NYC to Hartford to Boston around 7 p.m. where some gusty winds are also possible.

Watch for street flooding overnight and make sure to keep storm drains clear.

The cold air will filter in behind Zeta, and snow could develop overnight for parts of the Northeast and New England.

It is possible that some snow showers could pop up across New York in the Capital, Central New York, Mohawk Valley, North Country, and Western New York regions.

Temperatures will range from the low-20s to the low-40s with winds out of the north at 5 to 15 mph, with gusts as high as 20 mph in the Capital and Mid-Hudson regions and 30 mph in New York City and Long Island regions.

Morning rain will end as snow to areas north and west of the city, making for a blustery and chilly Friday.

There is a chance of snow showers in the Capital, Central New York, Finger Lakes, Mohawk Valley, North Country, Southern Tier, and Western New York regions, with amounts of up to a half-inch possible.

This includes the suburbs of NYC which could also see snowflakes on Friday morning. Orange County could see up to an inch of snow by mid-morning.

Lee Goldberg says there could be a trace or coatings on colder surfaces in places like Morris and West Milford, Mahwah, parts of Rockland, northern parts of Westchester and Fairfield over into Putnam County.

NYC could even see a few wet snowflakes.

Temperatures will range in the mid-30s to the low-50s, and winds will generally be out of the north at 5 to 15 mph, with gusts as high as 20 mph in the Capital Region and 40 mph in the NYC and Long Island regions.

Friday night will see the coldest temperatures in the Tri-State since May 9, with a temperature of 34 in NYC.

There are no current watches or warnings issued for the weather event, but this could change as the system moves closer overnight.

Gov. Andrew Cuomo is urging New Yorkers to use caution as the system could create hazardous travel conditions.

"New Yorkers are well accustomed to intense October storms and this one has the potential to deliver a mixed medley of cold rain, wind and snow across much of the state," Cuomo said. "Our state emergency response assets are prepared to assist our local partners if needed. I am asking all travelers to review seasonal safety tips and slow down on our roadways during this storm."

The Department of Transportation is already prepared to respond if need be.

Threat to the Gulf

Zeta sped across the Southeast on Thursday, leaving a trail of damage and more than 2.6 million homes and businesses without power in Atlanta and beyond after pounding New Orleans with winds and water that splintered homes and were blamed for at least three deaths.

A Category 2 hurricane when it hit the southeastern Louisiana coast Wednesday, Zeta was still a tropical storm late Thursday morning with maximum sustained winds of 50 mph (85 kph) about 100 miles (155 kilometers) northeast of Asheville, North Carolina - unusual even in a region accustomed to hurricanes and their aftermath.

Officials said life-threatening conditions would last into the day, with Zeta crossing the mid-Atlantic states as a tropical storm before moving offshore around Delaware and southern New Jersey.

Zeta had top sustained winds of 110 as a Category 2 hurricane and was the 27th named storm of a historically busy Atlantic hurricane season - with over a month left before it ends.

Four people died in Alabama and Georgia when trees fell on homes, authorities said. The dead included two people pinned to their bed when a tree crashed through, Gwinnett County fire officials said.

In Mississippi, Leslie Richardson, 58, drowned when he was trapped in rising seawater in Biloxi after taking video of the raging storm, Harrison County Coroner Brian Switzer said. Richardson and another man exited a floating car and desperately clung to a tree before his strength "just gave out," Switzer said.

A 55-year-old man was electrocuted by a downed power line in New Orleans, a Louisiana coroner said.

Damage from Zeta extended far inland. More than 80 miles (130 kilometers) north of the coast, Mayor Sheldon Day of Thomasville, Alabama, said hundreds of fallen trees blocked roads and crashed into houses, with canopies at some gas stations blown over.

Stay with AccuWeather and Eyewitness News for continuing updates.