WABC
By Eyewitness News
KEYPORT, New Jersey (WABC) -- Two children are in critical condition after they were were struck by a car while walking with their grandmother on a street in Keyport, New Jersey Tuesday.

Authorities say 59-year-old Debbie Triano of Keyport was walking with the children on Main Street when they were hit by an Acura driven by 22-year-old Kathy Ascolese, also of Keyport.

A witness to the immediate aftermath tells Eyewitness News that the woman and the children, one of whom was an infant in a stroller, were most likely struck from behind at about 3 p.m.

The force of the impact demolished the stroller and sent the bassinet hurtling into the air. It was recovered, with the infant still strapped inside, from a nearby bush.

Ascolese had to be extricated after slamming her vehicle into a utility pole.

All victims, including a minor passenger inside the driver's vehicle, were transported to the hospital for treatment. The young children were critically hurt with multiple injuries, while Triano remains stable. Ascolese also remains hospitalized for observation.

John Dubon heard the crash and came running. He saw the black car slam headlong into the utility pole, then saw a woman and a little boy, sprawled across the sidewalk.

"She was saying, 'is my boy ok, is my boy ok?'," said Dubon. "We're saying yes your boy is ok, and then she asked about her little baby and then we said what baby? We went back to the stroller and there was no one in the stroller. Then we looked into the bushes and there was the carry all that goes into the stroller in the bushes. So we went and found the baby. There was an EMT there, he stabilized the little child's neck. It was a terrible scene."

Casey Bidot, who lives on Main Street, told Eyewitness News he heard the crash and saw three people lying on the ground.

"The first person that stopped pulled the child out, maybe about 4 or 5 years old. The child seemed to be ok," he said.

Accident reconstruction teams spent hours at the scene Tuesday night where it appeared the car struck a traffic sign before jumping the curb on Main Street and striking the victims. The tire tracks stretched for an entire block.

No charges have been filed at this time. The cause of the crash has not been released. Boy killed, 2nd child critical after being struck by van in NYC 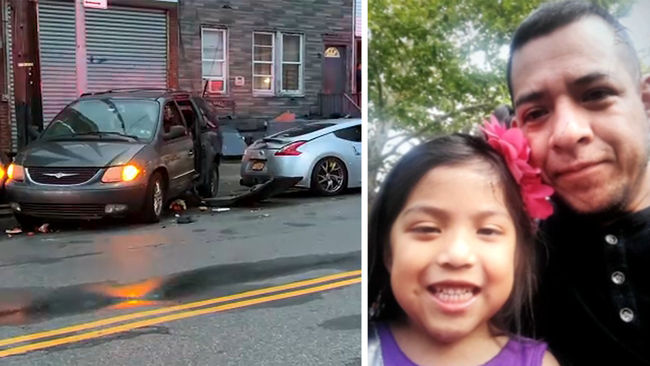 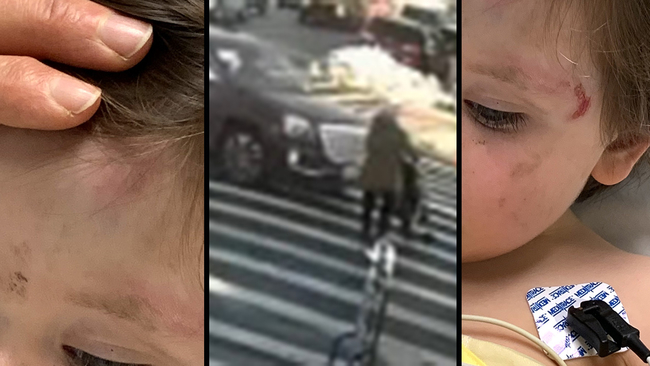