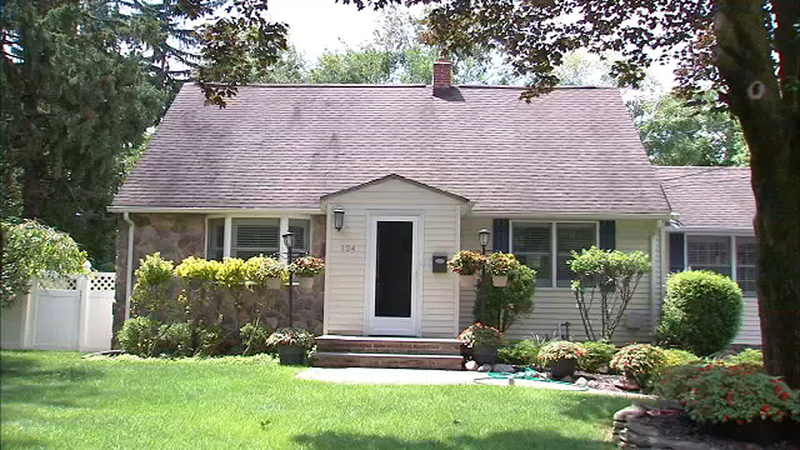 POMPTON LAKES, New Jersey (WABC) -- A homeowner's headache was trying to get any work done on the home's 18-year-old roof.

She says the contractor vanished after getting her deposit, leaving the family thousands in the hole.

When Stacy Monahan tries to reach the contractor hired to replace the roof, all she hears is a recording saying the number is out of service.

Back in April she signed a contract, putting down a third of the cost of the project, $9725, to be exact, on new siding and a roof, which is now leaking. But Stacy says her contractor disappeared with her dollars.

She and her husband took a drive to the company's North Jersey headquarters and found it shuttered. And calls to the company owner's cell phone go right to voicemail.

"We went with them. We trusted them and we gave them almost a $10,000 deposit," says the Pompton Lakes homeowner. "The project manager came to meet with us in June and said he would start in 2-3 weeks. I found later he had been let go."

"They've ghosted us. It's like a bad date," said Stacy.

So we went looking for who she called a ghost and found the owner in the flesh.

The licensed contractor blamed the weather, saying he grew his company too fast to keep up with the workload.

As a result, he says he fell behind and failed to follow through on projects. But he claimed he didn't just pocket the Monahans' money.

But after our conference with the contractor, he promised to finish the job never started. Within days we got action and within a couple of weeks, the entire project was done to completion to the satisfaction of the customer.

"I had given up hope. 7 On Your Side is the best. You guys really saved us," said the relieved homeowner.

The contractor told us he's stopped taking on new business and is trying to finish his existing jobs only.

The big takeaway: you should learn from what this couple did CORRECTLY.

First, they used a contractor that was properly licensed with the state.

Next, they researched the contractor and found three former customers that all gave him great recommendations.

And when they signed their contract they only put down a third of the total price of the job, up front. The final payment was due only after the job was done.

The combination of all of those things helped resolve this issue or this may have been mission impossible for us.

If using the app, click here to send us a news tip
Report a correction or typo
Related topics:
home & gardenhome repairs7 on your sideconsumer
Copyright © 2022 WABC-TV. All Rights Reserved.
7 ON YOUR SIDE
Tips winterize your home and keep gas, electric bills low
How to get reimbursed for at-home COVID tests
7 On Your Side: Tips for ordering your free at-home COVID tests
Woman wrongfully fined $259K for neighbor's violations in NYC
TOP STORIES
Winter Storm Update: Tracking the nor'easter
Tri-State urged to prepare for snow, wind as nor'easter approaches
Final farewell today for NYPD Officer Jason Rivera
Family, friends of NYPD officer Jason Rivera honor him with 2-mile run
Exclusive: Hate crime victim speaks out after attack in NYC
AccuWeather Alert: Nor'easter to bring heavy snow
Appellate Court hearing in New York over mask mandate's legality
Show More
COVID Updates: Kids 5-11 need to be fully vaxxed for NYC indoor venues
Parents livid after 9-year-old girl left locked outside school in cold
Holocaust letter detailing family's death found at NY flea market
Missing NJ mom, 2 young kids found safe, won't be returning home
Mayor Eric Adams vows change amid surge of NYC violence
More TOP STORIES News
Send us your questions, issues, and story ideas to Nina by filling out the form above, by emailing 7OnYourSideNina@abc.com, or contact Nina on her Facebook page or tweet her at Twitter @7OnYourSideNY! You can also call the 7 On Your Side Hotline at 917-260-7697.