7 On Your Side: Police reports show majority of arrested looters from NYC

WABC
By Dan Krauth
NEW YORK CITY (WABC) -- Following all the arrests that have taken place in New York City over the past several days, 7 On Your Side Investigates takes a first look at who's been arrested.

After analyzing police reports of people who have been arrested, 7 On Your Side found that a majority of those people are from the New York City area.

This comes despite some government leaders saying recent crime has been committed by outside groups.

Of 50 people arrested Sunday night into Monday morning on burglary charges, many were caught inside stores in the SoHo neighborhood.

Seven On Your Side found a majority of them live in Brooklyn and are on average, 25 years old.

The information is similar to what we're seeing across the country in cities like Minneapolis, Miami and Houston. Those who are getting arrested are from the communities where it happens.

A majority of those who have been arrested were released and home the next day. A new bail reform law in New York eliminates bail requirements for suspects of most non-violent misdemeanors including lower burglary charges.

Today, Cuomo said district attorneys should review videos of the crimes to see if they're being charged appropriately.

"If you have looters who are using rocks, breaking windows, stealing, these people should be charged for the crime that they are committing and bail set, right?" Cuomo said.

Manhattan District Attorney Cyrus Vance said in a statement: "Our office is independently evaluating all arrests of protestors to determine if their cases should move forward. With regard to the hundreds of desk appearance tickets issued to demonstrators in Manhattan, our office will not draft any complaints until we have scrutinized all available evidence and determined whether a prosecution should commence. With regard to recent custodial arrests, we have independently evaluated and charged certain cases where assaults against police officers, destruction, and looting are alleged. This conduct is completely unacceptable and will be prosecuted aggressively when it is supported by the evidence."

There were 700 people arrested Monday, 280 Tuesday, 180 Wednesday for various offenses.

----------
* More New York City news
* Send us a news tip
* Download the abc7NY app for breaking news alerts
Report a correction or typo
Related topics:
new york cityarrestcrimeprotestnypd7 on your side investigationvandalismlootinggeorge floydviolencepolice
Copyright © 2020 WABC-TV. All Rights Reserved.
7 ON YOUR SIDE INVESTIGATION 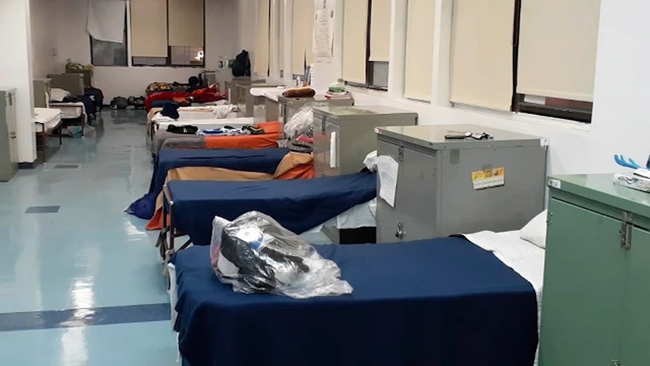