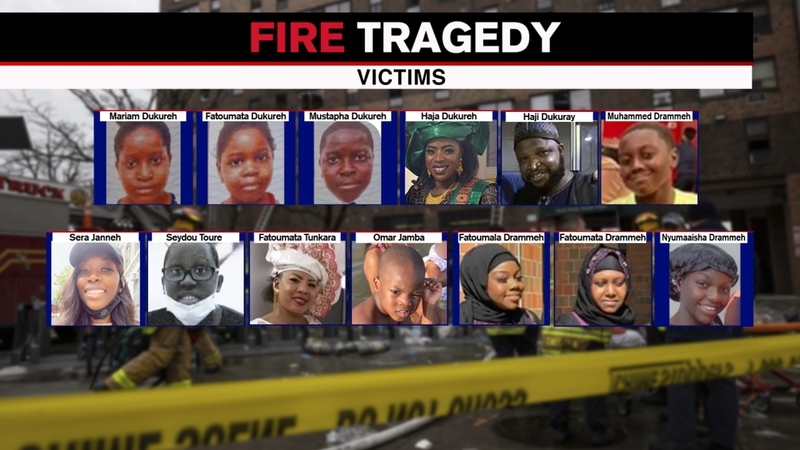 TREMONT, Bronx (WABC) -- A couple that survived Sunday's deadly fire in the Bronx has filed the first lawsuit against the building's landlords, claiming they knew of "defective conditions" at the building and failed to properly maintain it.

The negligence lawsuit, which seeks class-action status, was filed on behalf of Rosa Reyes and Felix Martinez who said they suffered serious injuries.

The lawsuit seeks $1 billion in damages from the building's owners and management.

In a parallel filing, Reyes and Martinez sued the city, alleging the Department of Buildings paid "lip service to safety issues and fire issues and are responsible for the resulting injuries and deaths."

From the NYC Law Department:

"This was a horrific tragedy and too many lives were lost. There is an active investigation into this tragic incident. We'll review the claim."

And from the Bronx Park Phase II Preservation, LLC, a consortium of owners:

"We are devastated by this terrible tragedy and are cooperating fully with the Fire Department and other agencies as they continue to investigate."