KEW GARDENS, Queens (WABC) -- The father of Karina Vetrano, a woman brutally murdered while out for a jog in Queens two years ago, delivered heart-wrenching testimony at the trial of her suspected killer Wednesday.

Phil Vetrano painfully described how he found his daughter's body.

"Daddy, I'm going for a run...come with me?" he tearfully recalled his 20-year-old daughter saying.

But he said he couldn't because his back hurt, and so Karina left their Howard Beach home alone heading toward Spring Creek Park.

Chanal Lewis is accused of strangling, beating and sexually assaulting her, before leaving her body in a marsh.

"I got a bad feeling," Phil Vetrano said, discussing when he didn't hear from Karina. "I felt like something was wrong. Something came over me. I screamed, 'Oh (expletive), Karina is not answering her phone.'"

After calling three times, he went to Spring Creek Park to search for her. He called a friend in the NYPD, who then sent officers to search.

They honed in on an area thick with weeds and cattails after finding her cell phone. Phil Vetrano fought back tears and showed the jury how he found a matted down area off the trail.

"She was on her stomach, her right arm under her," he said. "Her left arm next to her. Her legs were in a running position. Her head tilted back to the side."

That's when he emotionally broke down.

His wife Kathy held a crucifix, crying with other family members in the gallery.

"I knew she was dead," Phil Vetrano testified.

Police pulled him from the crime scene as he told them he had to take her home.

"I didn't have to say a thing," he said, about telling his wife the unthinkable news. "She knew."

Phil Vetrano sobbed when he was shown pictures of his daughter and said that this was how he found her.

Click here for more stories on Vetrano's murder and the investigation. 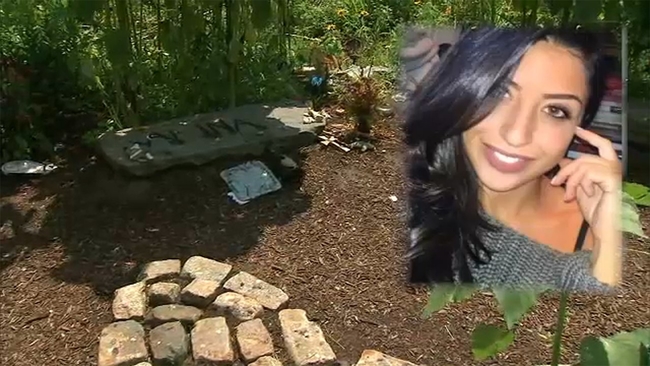