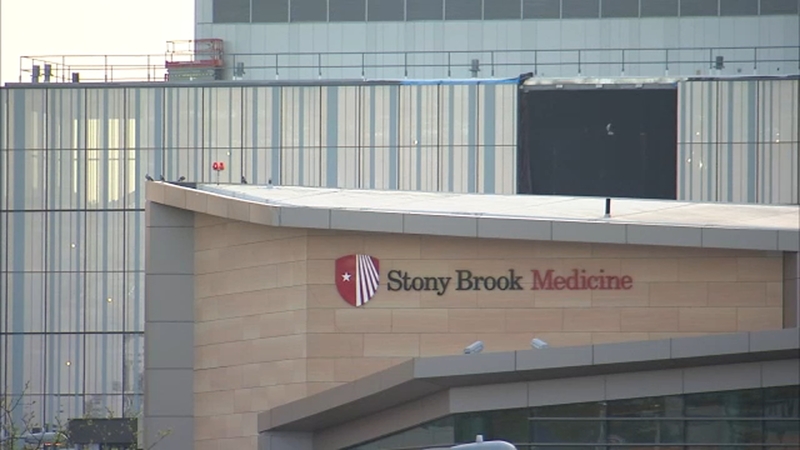 NEW YORK (WABC) -- As the Centers for Disease Control and Prevention works on federal guidance for masking in schools, states have begun to take matters into their own hands, pushing ahead and leaning away from masks for the fall, according to ABC News.

The result -- a patchwork of different policies depending on what state Americans live in, or even down to which district their kids are enrolled in - comes on the heels of a chaotic school year that's finally coming to a close. Parents and students are now eagerly looking to the fall as a time for more stability and, because of vaccines, a return to full-time, in-person school with far less rules.

But depending on where Americans live, it will be several weeks before it's clear just what the return to school will look like.

While case rates nationwide have fallen to their lowest levels since March, anyone under 12 years old is still ineligible to get a vaccine. Those 12 and up, however, are recently able to get both Moderna and Pfizer shots, which reported 100% efficacy in their trials.

Elementary school-aged kids, those under 12, could be authorized to get the vaccines by Thanksgiving, Dr. Anthony Fauci, the chief medical adviser for the White House, said on CNN last week, and he's "cautiously optimistic" children of all ages will be eligible by the end of the year.

LI school board says district 'threatened' by state after temporary mask lifting for students
School board members and parents in the Massapequa School District held a rally on Tuesday afternoon denouncing what they called threats New York State officials made to the district regarding the district's decision to be mask-optional on Monday as detailed in a letter to the Centers for Disease Control from the New York State Health Commissioner.

The group shouted "Bully" as they talked about New York Governor Andrew Cuomo during the rally at John J. Burns Park in Massapequa Park.

Pfizer trial for kids at Stony Brook Hospital
Stony Brook University Hospital will begin accepting applications to study Pfizer's COVID vaccine in children under the age of 12. The sign-up opens Tuesday at Stony Brook Medicine's Advanced Specialty Care in Commack, and doctors will make appointments over the next two weeks. Researchers are looking for children as young as 6 months old to take part in the trial, and families who are interested can call the COVID vaccine clinical trial hotline at 631-638-COVI and leave a message with their name, their child's name and date of birth, and a contact number, or email CoV_prevention_network@stonybrook.edu.

In-person learning resumes at Paterson schools after controversy
Students were back to in person learning in Paterson Tuesday, with the superintendent on hand to welcome them back with just two weeks left in the school year. It comes as teachers continue to complain about poor conditions at schools in the district. New pictures from the Paterson teachers' union show rundown classrooms, filth and roaches. Teachers posted similar pictures last week as well.

Westminster Kennel Club Dog Show returns with 4 new breeds
The Westminster Kennel Club Dog Show is back, and we're getting a sneak peek at the pooches that will be competing for Best in Show. The show, which is presented by Purina Pro Plan, will be held at outside of the Lyndhurst Estate in Tarrytown due to the pandemic. Four new breeds -- Barbet, Belgian Laekenois, Biewer Terrier, and Dogo Argentino -- are making their debut at this year's show, but unfortunately, dog lovers won't get a chance to see them in person because of new restrictions.

"We've been waiting for this day for over a year, and Madison Square Garden is going to feel that hard," Dave Grohl said. "New York, get ready for a long ass night of screaming our heads off together to 26 years of Foos."

Registration opens for 50th anniversary running of TCS NYC Marathon
Registration opened Tuesday for the the 2021 TCS NYC Marathon, as the race celebrates its 50th anniversary with the in-person return of the iconic event. Capacity will be capped at 60%, or some 33,000 runners. The 2020 marathon was canceled due to the coronavirus pandemic, with a virtual event held instead. Health and safety guidelines will be enforced for this year's race, to be held on November 7 and aired on Channel 7.

Tourism returning to NYC
NYC hotel rooms were 72% occupied last weekend, Mayor Bill de Blasio announced Tuesday. He called this another encouraging sign that the city is emerging quicker than expected from the pandemic. The city's goal is to see 80% occupancy this summer.

Pfizer lowers dosage for young children
Pfizer on Tuesday announced they are moving into phase 2/3 trials in younger children at lower doses than with adults. Based on the safety, tolerability, and immunogenicity from their Phase 1 study, they've selected a dose of 10 micrograms to advance in children from ages 5-11 and 3 micrograms between 6 months to below the age of five.