Justice for Junior: Vigil and march held on 1-year anniversary of teen's murder

WABC
By CeFaan Kim
NEW YORK (WABC) -- A vigil and march was held Thursday night to mark the one-year anniversary since the violent murder of Lesandro "Junior" Guzman-Feliz outside a Bronx deli, a killing that was caught on camera and jolted the city into a collective anger.

Friends and family started at Junior's church, Our Lady of Mount Carmel, before marching to the bodega. The march was similar to the route Junior took that night, when he ran for his life.

After laying down flowers where her son begged for his life, his mother Leandra Guzman said she could not stay.

Standing there in that spot, she said, just made her think about how much he suffered.

Earlier, the heartbroken mother had spoken out about the pain of losing her son.

Everywhere you look in Leandra Guzman's new home, you can see him smiling back at you.

In her kitchen, in every room, hallway and stairwell, there are hundreds of images of her son Lesandro.

"It's beautiful," she said, looking at one photo. "That was the jacket that he wore when he was in the (NYPD) Explorers (Program)."
EMBED More News Videos

CeFaan Kim speaks with the mother of Lesandro "Junior" Guzman-Feliz one year after he was killed.

Leandra Guzman has since moved from the home where she raised her son, less than a block from where he was slaughtered by gang members who thought he was someone else.

She had to escape to begin to heal, but while everything around her seems to have changed, inside her heart still weeps.

"I feel the same day, it's nothing passing for me," she said. "I don't feel like any years gone on. I don't feel that. I feel like I'm in the first day."

Last Friday was a giant step in her quest for justice, as the first five defendants arrested for butchering her son were found guilty of murder.

"Disgust quite frankly," NYPD Chief of Detectives Dermot Shea said. "You know, to see captured on film somebody being chased through the streets and the look of fear on his face."

It was personal too for Shea, as the teen was an NYPD Explorer with dreams of becoming a cop one day.

"What could have been, a young kid who had his whole life in front of him," Shea said. "We will never know really the true impact of what we lost that day."

Meanwhile, the pursuit for justice is not over yet -- eight more defendants are awaiting trial.

The Bronx District Attorney is offering them plea deals, which would drop the charges to manslaughter. But Leandra Guzman says if it were up to her, she'd have a different idea.

The street where the horrific crime took place has since been renamed in Junior's honor.

"I don't think the family will ever recover in a case like this," Shea said. "It never ends for victims." 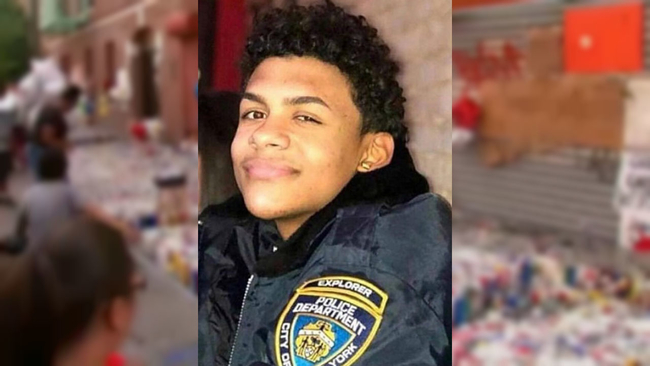