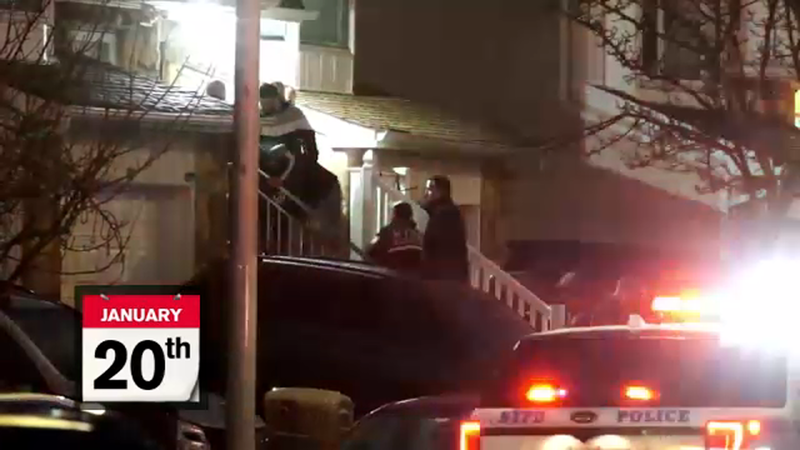 5 NYPD officers have been shot since the start of 2022

NEW YORK (WABC) -- Following Friday's shooting in Harlem, in which one NYPD officer was killed, a total of five police officers have been shot in New York City in 2022.

"We haven't seen this in quite some time," Retired NYPD Chief of Detectives and ABC News Contributor Robert Boyce said.

The first shooting of the year happened before dawn on the morning of New Year's Day.

An officer was napping between double shifts in his car parked in a precinct parking lot when he was struck in the head by a bullet, leaving him with a fractured skull.

"This could have been a very tragic outcome," Police Commissioner Keechant Sewell said.

Chantee Lans has more on an NYPD officer who was struck by a bullet while resting in his car.

On Tuesday, another officer was shot while on duty in the Bronx.

He was struck in the leg by a bullet during a struggle with an armed suspect.

The 16-year-old first shot himself as they fought over the gun and the bullet passed through him and then struck the officer.

Chantee Lans reports that just four hours after the incident, the four-year veteran officer was wheeled out of St Barnabas Hospital.

On Thursday, a narcotics detective on a drug bust was shot in Staten Island.

Despite a hail of bullets and being struck in the leg, the officer was able to hold up a ballistic shield to protect his fellow officers.

Kemberly Richardson has the latest on the NYPD detective shot while executing a narcotics search warrant in Staten Island Thursday morning.

In Friday's shooting, two NYPD officers were shot in Harlem.

The gunman was shot by another officer and is also in critical condition.

Marcus Solis reports from Harlem after two NYPD officers shot when they responded to a domestic dispute were identified overnight.