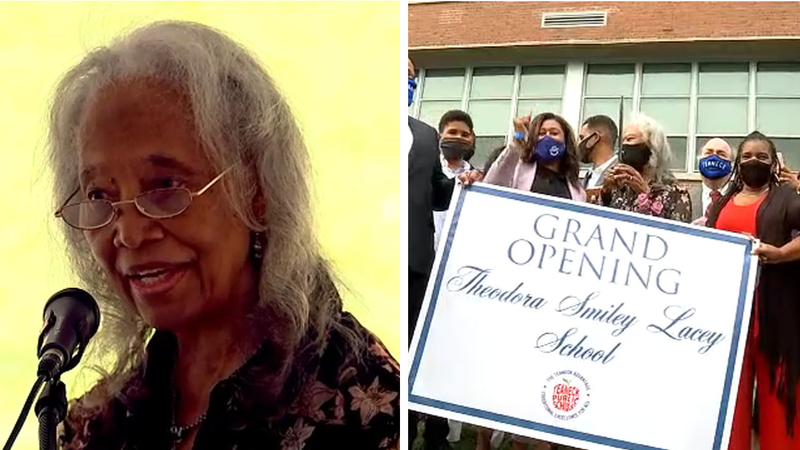 The Theodora Smiley Lacey School officially opened its doors in Teaneck, and Lacey herself was in attendance celebrating the big day.

The 88-year-old helped organize the Montgomery bus boycott, fought for voting rights and fair housing, and helped lead the effort to integrate schools in New Jersey.

"This is something you can't even dream about," she said.

Related: Taxes going up for the rich in New Jersey, but many families will get a break

Lacey is often described as the First Lady of Teaneck.

She arrived in Teaneck in 1961 to a town that was the first to voluntarily desegregate its schools. Now the first school building named after an African American in the town carries her name.

"We're just so humbled that she's been recognized for all her years of work it means so much and that she is here to smell her roses right," Clinton Lacey said. "She's here experience that."

Lacey's work in Civil Rights began in her native Montgomery, Alabama, where her family helped Dr. Martin Luther King, Jr. during the Montgomery bus boycotts. They were also close to Rosa Parks.

On Thursday, all the years of sacrifice were celebrated.

"Now young people, kindergarten students who come into our district and see who she is and know that she is somebody who lived and walked in their shoes, literally," said Teaneck Superintendent Dr. Christopher Irving.

Despite limits on outdoor gatherings due to the pandemic, political leaders, long-time residents and colleagues came to pay tribute to Lacey.

After more than six decades of activism, she is still working hard.