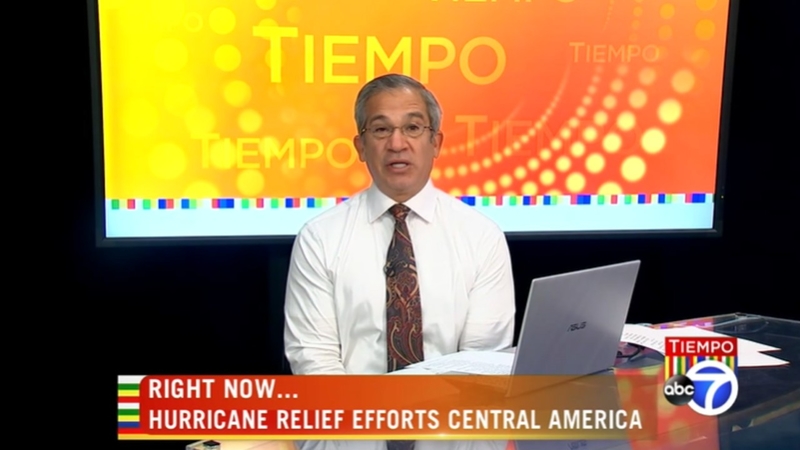 NEW YORK CITY (WABC) -- In this episode of Tiempo, relief efforts are underway to address the humanitarian crisis in storm-ravaged Central America.

More than 200 people died across the region, 94 of them in Honduras, according to official figures.

Joe Torres speaks with Frankie Miranda from the Hispanic Federation, which has several relief efforts underway, professor Berna Dixon the University of the Autonomous Regions of the Nicaraguan Caribbean Coast, who is helping coordinate relief from the school, and pastor Melvin Romero in Honduras.

Also, Kristin Thorne reports on a woman from Chile who traveled thousands of miles from South America to get life-saving brain surgery at a New York hospital and the medical professionals did it for free.