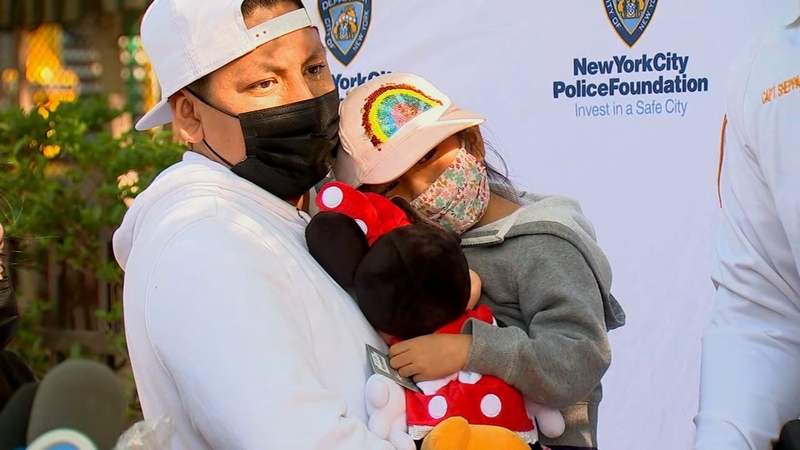 BROOKLYN (WABC) -- A celebration was held Thursday in Brooklyn for a 4-year-old who was injured in a shooting in Times Square over the weekend.

The NYPD and the organization Smiles Through Cars held a celebration that included a parade of cars and gifts for Skye Martinez.

"Thank you to the NYPD for the gifts and coming by and checking up on us," Romero Martinez said.

It's been a whirlwind of emotions for Skye and her family.

Her mother Sonia says she was shopping with her daughter and sister on Saturday when shots rang out. One bullet lodged into Skye's leg.

Just after the shooting, an officer picked up Skye and rushed her into an ambulance. Two other women were also injured.

Meanwhile, the man arrested for the shooting will remain in Florida for a few more days.

A judge gave Farrakhan Muhammad time to consult with his attorney about whether to fight extradition back to New York.

He was arrested Wednesday near Jacksonville after a 4-day manhunt.

He says he wasn't in New York City.

"I left New York a few days ago I was in New Jersey. We are homeless we take our two dogs withus," Muhammad said.

Once he's brought back to New York, the 31-year-old is expected to face attempted murder. His girlfriendis already charged with aiding a fugitive.

"He tried to run, went out of state, but the NYPD always is able to find people," New York City Mayor Bill de Blasio said.