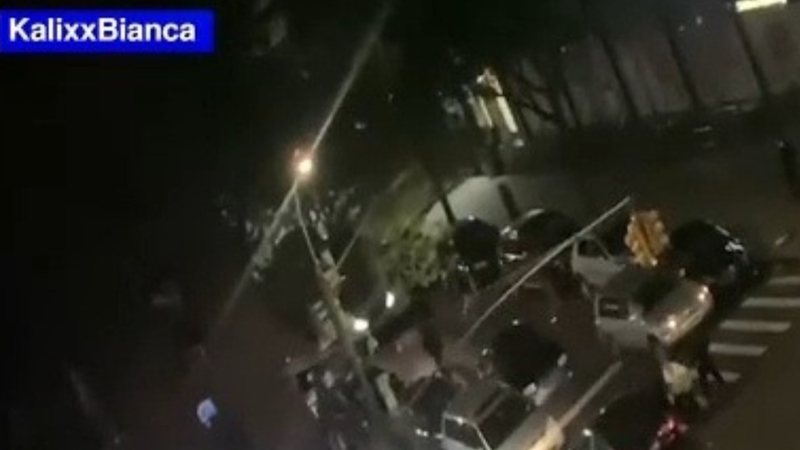 Driver who struck cop in Bronx hit and run arrested in SC: NYPD

BRONX (WABC) -- The driver suspected of striking an NYPD sergeant and fleeing the scene has been arrested in South Carolina.

Police say the suspect hit the sergeant at East 170th Street and Walton Avenue around 12:45 a.m. Tuesday as looting and violence took over the Bronx.

The officer was tossed into the air by the force of the impact, and video of the crash was posted on social media.

NYPD Cop attacked in the Bronx. I guess the critics will now say he overreacted. NYPD Cops defend yourselves, you are alone! pic.twitter.com/424w5bZbC6

The driver fled the scene and was caught in Columbia, South Carolina, police said Friday. A passenger who is believed to have been in the car at the time was also taken into custody.

The sergeant initially responded to reports of break-ins when he was struck, and investigators believe the car occupants were involved in the looting of a nearby pawn shop.

Authorities say the suspects will first appear in court in Columbia, South Carolina, before returning to the Bronx.

The driver is expected to be charged with the attempted murder of a police officer, and the passenger will be charged with second and third-degree burglary for the alleged looting.

Police Commissioner Dermot Shea visited the sergeant Wednesday night at Lincoln Hospital, where he is slowly recovering, but still critical and in the intensive care unit.

"You've seen the video," Shea said. "He was run over, still in critical care in the intensive care unit, in a cowardly attack and recovering slowly."

Shea says he also spoke to the lieutenant seen on video being hit in the back of the head with a brick during looting and violence in Manhattan.

RELATED STORIES:
Wednesday coverage of protests and looting in NYC

What are the tactical reasons behind NYC's curfew?
'Dad changed the world': George Floyd's 6-year-old daughter speaks out