At one point, the suspect was seen ditching one stolen vehicle and bursting into a family's home to try to hide.

A man was arrested in the San Gabriel Valley after he led authorities on a dangerous chase in which he stole a van and a truck, and hit several other cars on the road.

LOS ANGELES -- A man rammed into sheriff's cruisers, sideswiped cars and stole multiple vehicles during a desperate attempt to get away in a long and dangerous chase through the streets of Southern California on Wednesday evening.

At one point, the suspect was seen ditching one stolen vehicle and bursting into a family's home to try to hide. The family members and their pets were home and fought with him in the driveway - one even brandishing a knife - after he stole the keys to their utility truck. He smashed through their front gate and took off yet again.

During another dramatic moment, the suspect was pinned against a gated driveway by a police vehicle. Rather than give up at that point, he hit reverse on the stolen vehicle and smashed into the cruiser again and again, eventually creating enough space for him to swing around and flee again.

The incident lasted nearly an hour and a half and only ended when the stolen utility truck - at least the third vehicle he drove during the chase - crashed at a gas station and was rammed by a sheriff's cruiser. Flames broke out underneath the truck and eventually deputies opened fire on the vehicle. They finally got the man out by smashing the windows and taking him into custody.

It all began just before 5 p.m.

Our sister station KABC's news chopper was overhead as authorities chased the suspect who was speeding erratically in a black Honda Civic on surface streets in Anaheim.

The suspect tried to steal a pickup truck, but was unable to break into the vehicle. He returned to the sedan and continued to flee police.

The man later ditched the car in a parking spot at a townhome complex in the town of Fullerton.

The suspect then jumped into a white van that was parked nearby and was able to hot-wire it to get it started.

However, the suspect became pinned in as police officers parked a cruiser directly behind the van.

That's when the suspect reversed the van and repeatedly rammed into the cruiser to create space. The suspect eventually sped away.

KABC spoke to the owner of the van who had the keys to the vehicle on him, confirming the suspect had started the van without needing them.

The chase continued with the suspect behind the wheel of the stolen van, driving erratically on surface streets and sideswiping other cars on the road. Eventually, he reached the city of Whittier, where the van lost one of its rear tires.

The van became lodged between a vehicle and a parked car. Even after the one vehicle moved, the van was immobile.

The suspect kept his foot on the accelerator for several minutes to try to get the van moving again. Sparks began to fly where the wheel had fallen off, and, eventually, the suspect realized he was stuck.

He was able to get out of the van through the passenger side, climbed over the parked vehicle and ran into a residential neighborhood.

WATCH: Suspect wedges stolen van between 2 cars to get through busy traffic

He broke into a home and got into a confrontation with the residents inside.

The fight spilled onto the front driveway. One resident was seen being held back by a woman as he tried to confront the man who was stealing the family's utility truck.

He got into their truck and drove off, nearly striking some of the residents and their pets.

He drove the truck through their front gate as he fled.

KABC confirmed the residents and their pets were not seriously injured.

The family says they bought the truck three weeks ago and it's the only one they have for their landscaping business.

The suspect later lost a front tire on the stolen truck, but he continued to weave through traffic in the Hacienda Heights area. He ran red lights and sideswiped multiple vehicles as he squeezed through traffic.

Moments later, he crashed at a gas station after a deputy's vehicle smashed the truck from behind.

The truck became disabled and caught fire underneath.

Deputies cautiously approached from the back and used fire extinguishers to put out the flames, generating clouds of smoke, while the suspect was still barricaded inside.

At one point they opened fire into the cab of the truck. Bullet holes could be seen on the outside of the truck.

The suspect stayed inside as the barricade continued.

Deputies then broke open the window of the driver's side of the truck and pulled the suspect out to take him into custody just after 6:10 p.m. in the city of Industry.

During the incident, deputies were also seen grabbing and cuffing another driver near the gas station, possibly to get him to safety amid the highly volatile situation.

The suspect's identity has not yet been released. 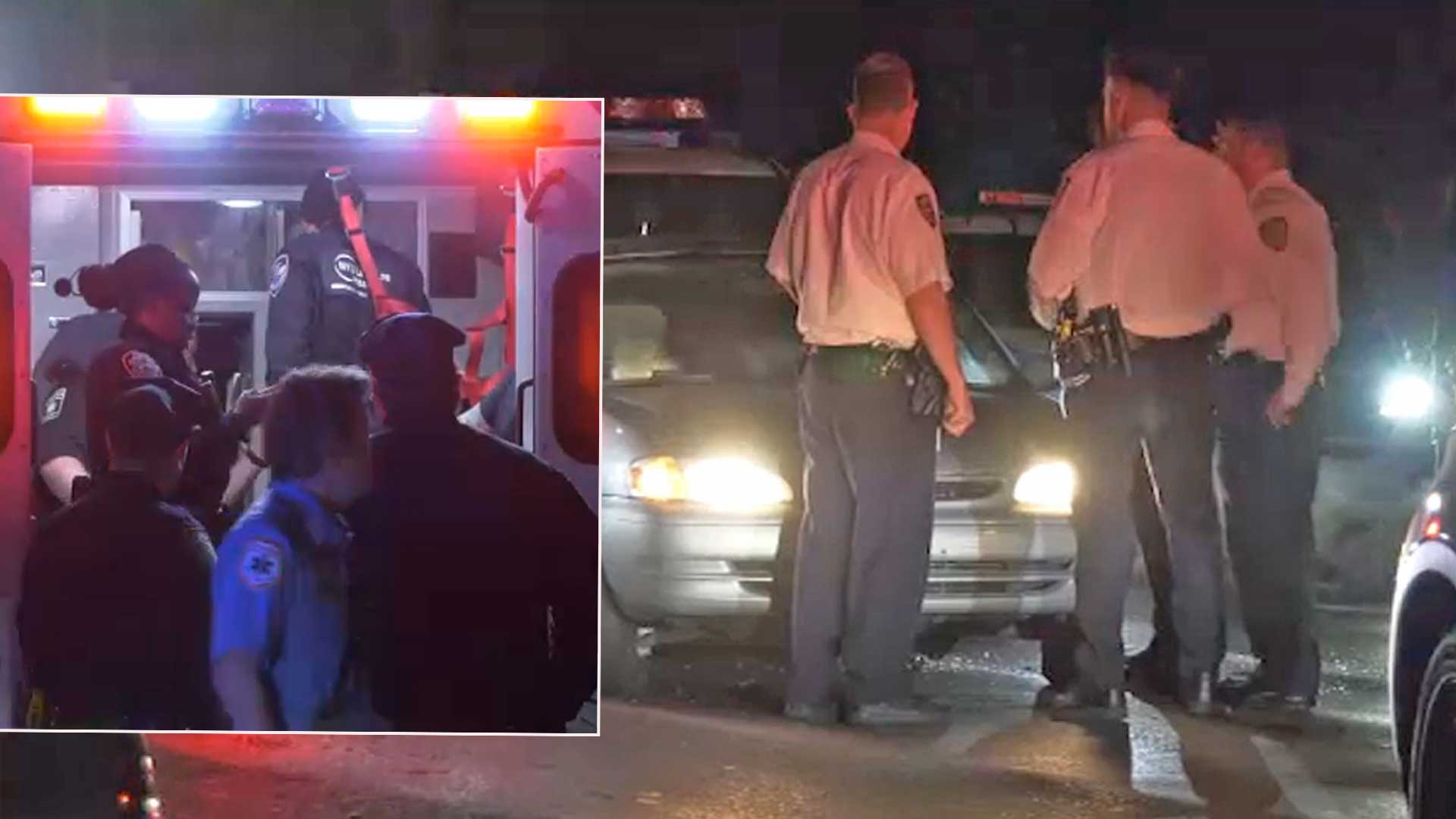 5 NYPD officers hurt in crash and struggle with fleeing suspect 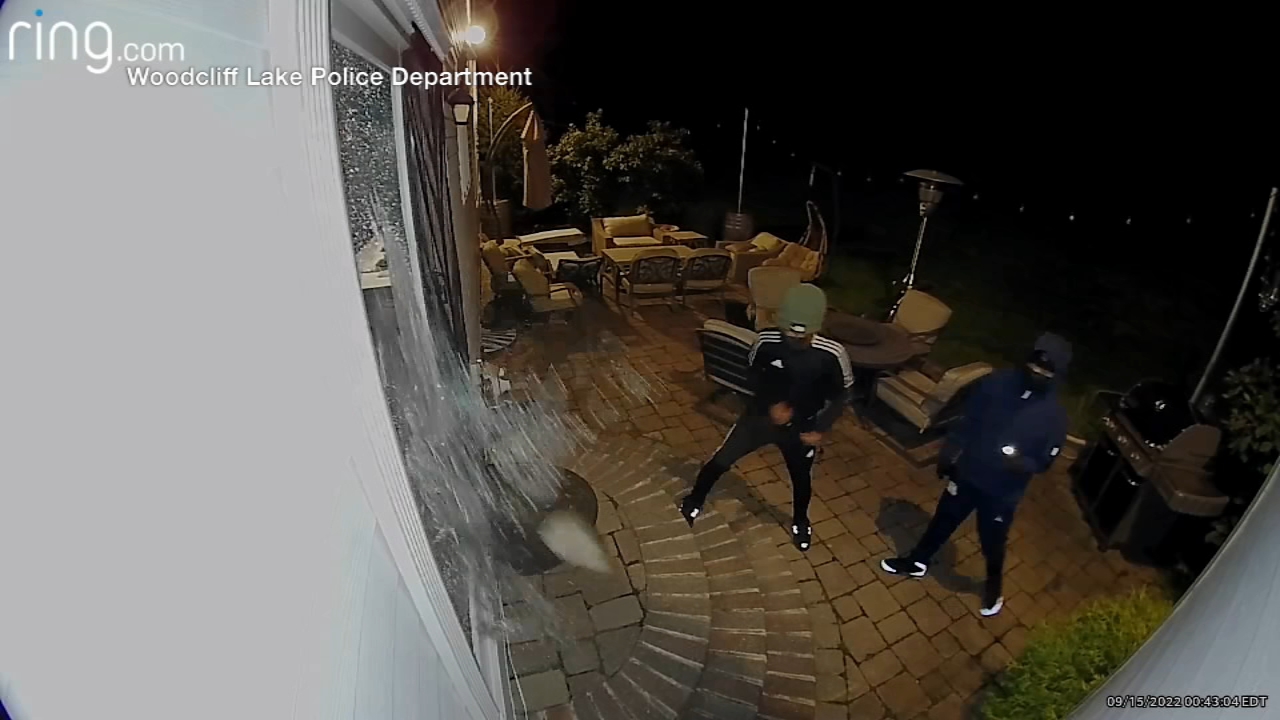 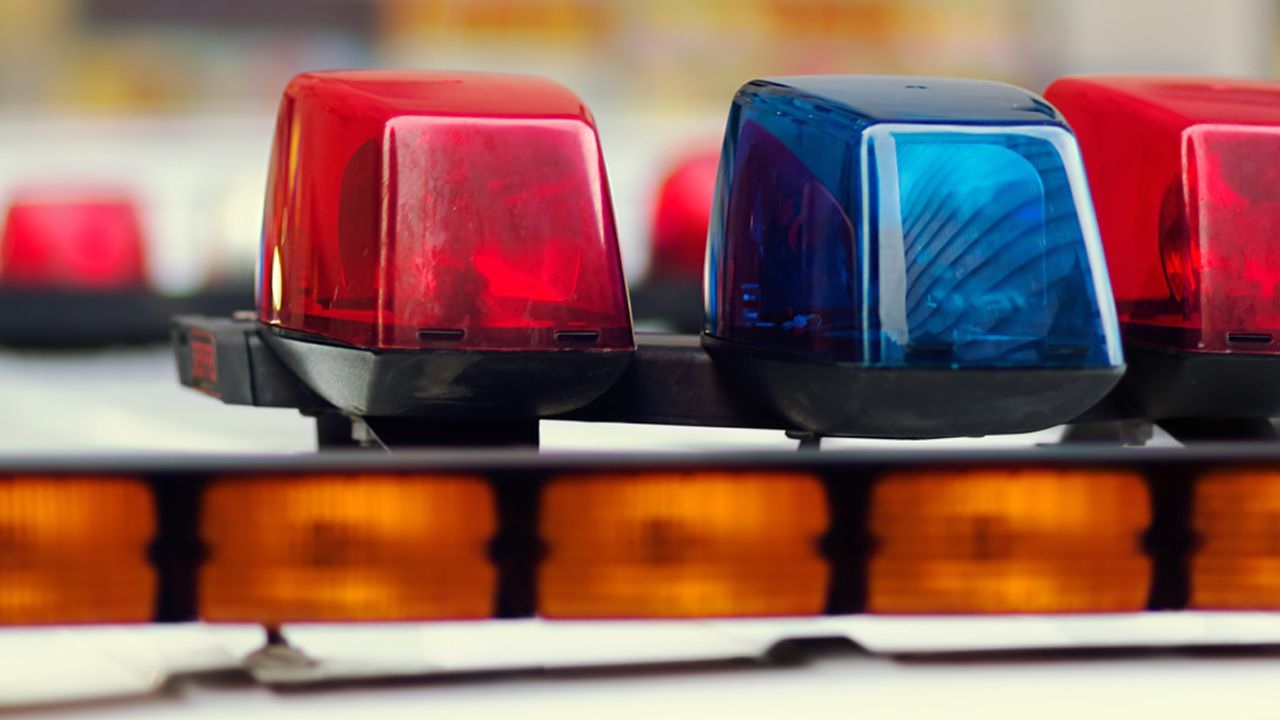 Man attacks 2 NYPD officers who were arresting him in subway: police