Carriage horse that collapsed this summer in Manhattan has been euthanized

The carriage horse that collapsed this summer in Manhattan was euthanized this weekend.

NEW YORK CITY (WABC) -- The carriage horse that collapsed this summer in Manhattan was euthanized this weekend.

Videos of Ryder the horse spread across the internet after the animal fell on its side back on August 10 in Hell's Kitchen.

The videos fueled animal rights protests and calls to ban horse-drawn-carriages in the city.

"Ryder will always be a symbol of the carriage industry's cruelty and dishonesty. 71% of New Yorkers agree that my bill, Intro 573, should be passed. His death must not be for nothing. We can still save the other carriage horses. This barbaric animal abuse needs to stop," council member Robert Holden said.

Ryder, the 26-year-old horse was retired at a farm in upstate New York after he collapsed.

Ryder worked as a carriage horse for four months before collapsing.

Ryder's new immediately engaged a variety of veterinary professionals and subsequently brought him to the Cornell Hospital for further evaluation and treatment where he spent many days.

"We are very saddened to learn of Ryder's passing. We know that he received the best of care with his new owner and veterinary team at Cornell. We're sorry that at the end of Ryder's long life, he did not get to enjoy more of his retirement," Ryder's carriage driver Christina Hansen said.

During his time at Cornell, Ryder was cared for by a team of veterinary professionals that have been consistently recognized as worldwide leaders in equine medicine and one of the best equine hospitals in the Unites States.

While at Cornell, Ryder was diagnosed with a variety of serious medical conditions that ultimately required him to be humanely euthanized.

Ryder's body has been transferred to Cornell Equine Hospital for a necropsy to determine the cause of his death.

"Even though we only knew him a short time, Ryder touched our lives in so many ways. Thanks to him, we have initiated new veterinary and safety protocols and made significant steps towards the union's HEART platform. Ryder has positively impacted carriage horse welfare and brought our carriage community together. Our condolences to all of his connections and everyone who knew him, even for a moment," Hansen said. 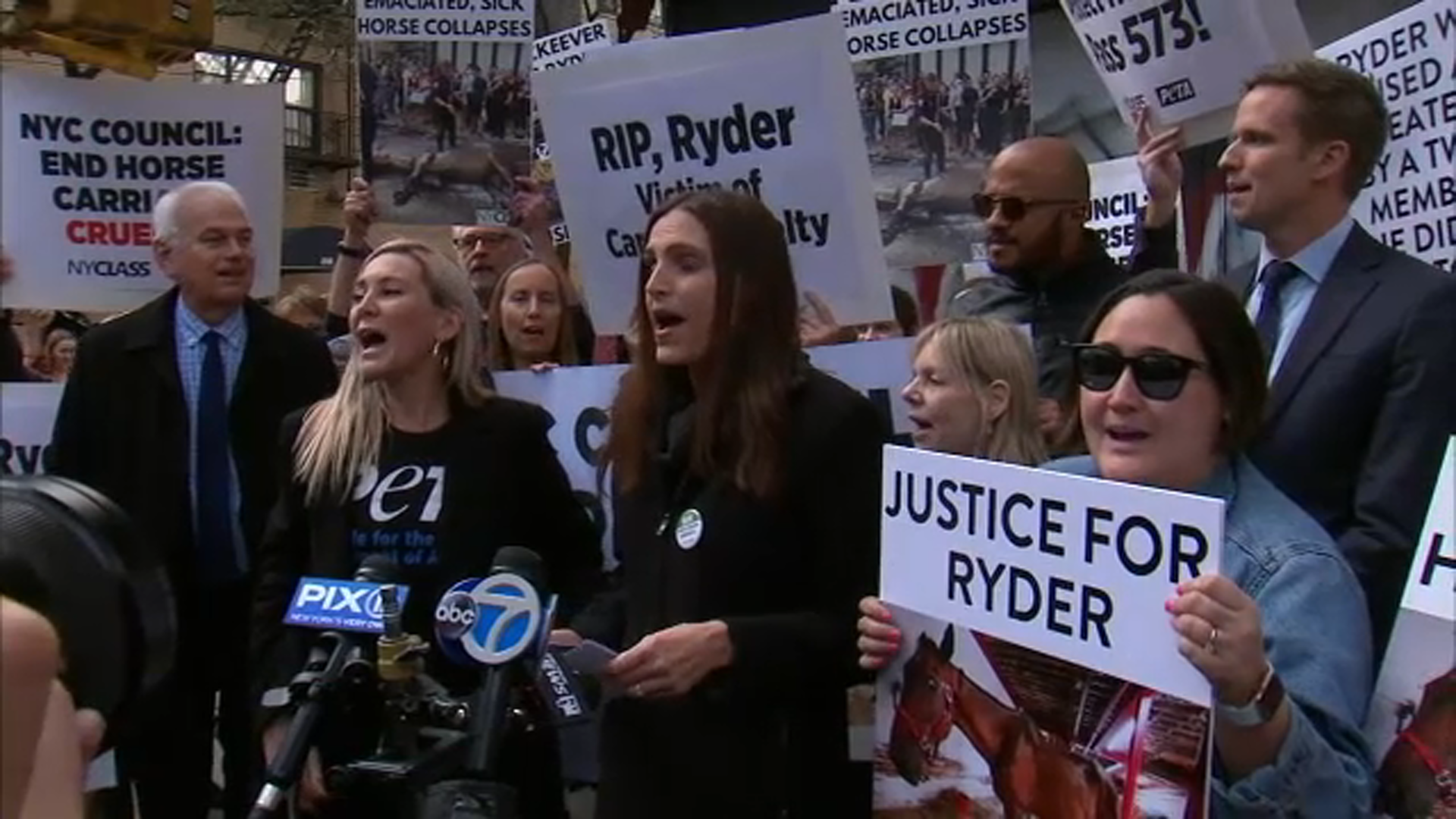