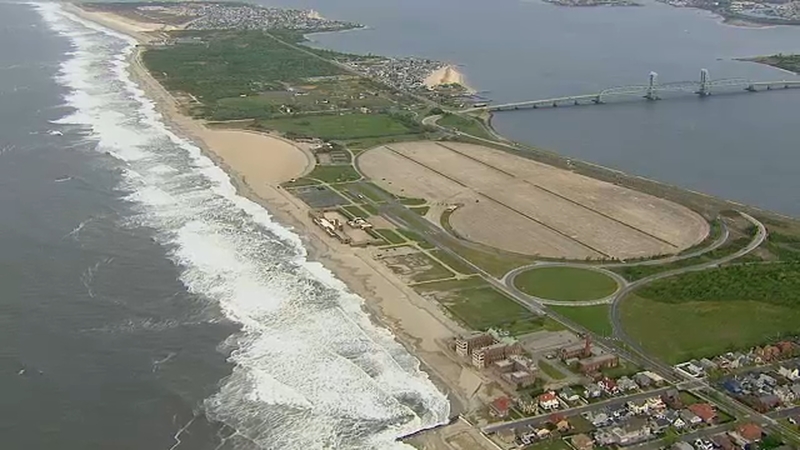 NYC beaches to reopen Wednesday for swimming after delay

NEW YORK (WABC) -- Deaths in New York state were slightly up Monday, with 13 new fatalities reported, but metrics overall remained at all-time lows for the state since the coronavirus pandemic started.

Meanwhile, New York, New Jersey and Connecticut have doubled the number of states for incoming travelers to undertake a 14-day quarantine from eight to 16.

New York City beaches are set to reopen for swimming Wednesday, but Rye Playland announced it will not be opening for the season.

NEW YORK CITY
Lifeguards are typically on duty starting Memorial Day weekend, but the opening of beaches was delayed due to the pandemic. That changes Wednesday, when city-run beaches and those that are federally controlled will reopen.

The National Park Service announced it would also restaff Jacob Riis Park with lifeguards, though parking at federal parks is reduced to 50% capacity.

Mayor Bill de Blasio said while outdoor dining is working in New York City, he confirmed Monday that the reopening of indoor dining may be paused due to coronavirus concerns.
EMBED More News Videos

The city also plans to open 15 pools by August 1.

NEW YORK STATE
Governor Cuomo announced Tuesday the slight rise in deaths, with 13 new fatalities reported. Of the 52,025 tests conducted in the state Monday, 524, or 1%, were positive.

After discovering packed crowds in certain parts of the city before entering Phase 2, Cuomo announced he will send in monitors from the state police, health department and liquor authority to report back what they encounter before he makes a decision on indoor dining.

Rye Playland announced that it will not open this season due to the coronavirus pandemic.

NEW JERSEY
FEMA is closing two of its testing sites in New Jersey.

Indoor shopping malls in New Jersey were back in business Monday, but Governor Phil Murphy announced the state is pausing plans to allow outdoor dining. It was supposed to begin Thursday but will be postponed, with no new date set.
EMBED More News Videos

Murphy also banned drinking and smoking at Atlantic City casinos when they reopen Thursday at limited capacity. As a result, the Borgata announced it would delay reopening.

CONNECTICUT
Gov. Ned Lamont said he's watching the rising number of COVID-19 cases in other parts of the country and is considering whether to possibly delay Connecticut's third phase of reopening, noting it depends on what's happening here and elsewhere.

"Obviously, if I saw something in Massachusetts or New York that was very disturbing, it would certainly give me pause," he said. "And what I see in in Arizona, Texas, and Florida, it shows you that things could change very quickly."