Dog returned after being stolen on Christmas Eve in Lakeview 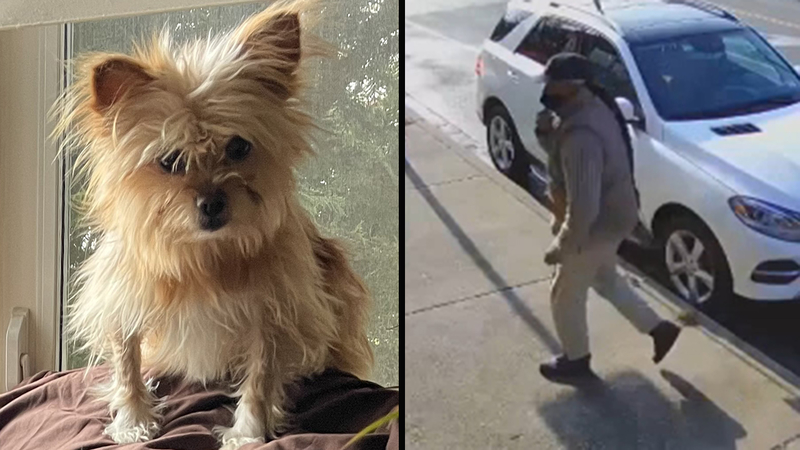 Dog returned after being stolen on Christmas Eve on Long Island

MINEOLA, New York (WABC) -- There's a happy ending in the case of a missing dog on Long Island.

A dog has been returned after a man was caught on camera stealing the pooch on Christmas Eve.

The man was driving a black BMW SUV when he stopped in front of a home on Woodfield Road in Lakeview, according to detectives.

He then approached the Pomeranian mix dog that was on a leash secured outside the home and removed the dog.

He placed the dog in the back of his car and then drove northbound onto Woodfield Road.

Detectives in Lakeview are looking for a man who was caught on camera stealing a dog on Christmas Eve.

The whole scene was caught on surveillance video. The man who took the dog claims he thought it had been abandoned.

The suspect was described as approximately 5'9" tall, wearing beige pants, a beige colored sweater, a puffy beige vest and a Yankee baseball cap with a long black braid, according to police.