GM of Staten Island bar arrested after driving off, injuring officer who held on to car for 100 yards 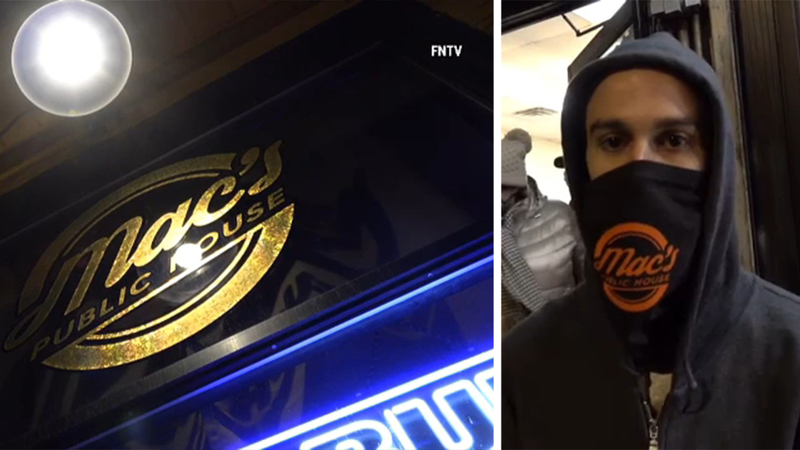 GRANT CITY, Staten Island (WABC) -- The general manager of a Staten Island bar, that has continued to defy shutdown orders, was arrested again after driving off and injuring an officer.

A Staten Island bar that was shut down by authorities this week after the owners declared it an "autonomous zone" and remained open despite restrictions in place due to the coronavirus.

The attorney for Danny Presti, the general manager of the bar, says his client was arrested for a second time in less than a week and spent the night in jail.

Shortly after midnight, officials say two deputies followed Presti to his vehicle, after the general manager left the bar.

Two deputies identified themselves and approached Presti and attempted to take him into custody for multiple offenses.

They say Presti began to flee on foot towards his vehicle. The pursuing officers ordered him to stop but Presti instead, entered his vehicle.

Presti continued down South Railroad Avenue with the injured officer clinging to the hood of the vehicle.

Sheriffs were eventually able to bring Presti's car to a stop after it travelled about 100 yards.

Presti was arraigned Sunday on multiple charges including assault and released from police custody.

Officials say officers saw a woman standing in front of the pub who would guide people into the neighboring commercial space.

They were able to observe people enter the space and then disappear into a back room.

Those who were visible through the windows appeared to be drinking alcoholic beverages.

Around 10 p.m., officers saw about 20 people exit the neighboring space, followed by another 10 people.

Faced with going out of business, the bar stopped charging for food and drinks earlier in the week and kept doors open on a donation basis.

The New York City Sheriff's Department arrested Presti earlier in the week, issuing huge fines of up to $50,000 and sparking massive protests in the streets here.

On Friday, the bar reopened and saw a crowd of about 100 people.

Lou Gelormino, the attorney for Danny Presti, says the bar was open Saturday night, and that the tables were six feet apart, including on the patio in the back.

He also said all social distancing rules were being followed.

However, that did not stop authorities from shutting the bar down once again.

"We're struggling and a lot of people in these businesses have lost a lot and in the beginning we were ok to sacrifice, and we've sacrificed everything at this point," Presti said. "You have to take care of us, the government is supposed to be there to protect you and that's the opposite of what's happening here."

The injured deputy was taken to Staten Island University Hospital, where he was treated and released.

On Saturday, there were 358 new cases. It's not clear if the bar plans on reopening.

Coronavirus by zip code - New York City
Do you have coronavirus symptoms?
Where to get tested for COVID-19 coronavirus
New CDC guidelines on masks
How coronavirus changed the New York region
UPDATES