31-year-old man stabbed in the arm, back on subway at the Canal Street station in unprovoked attack 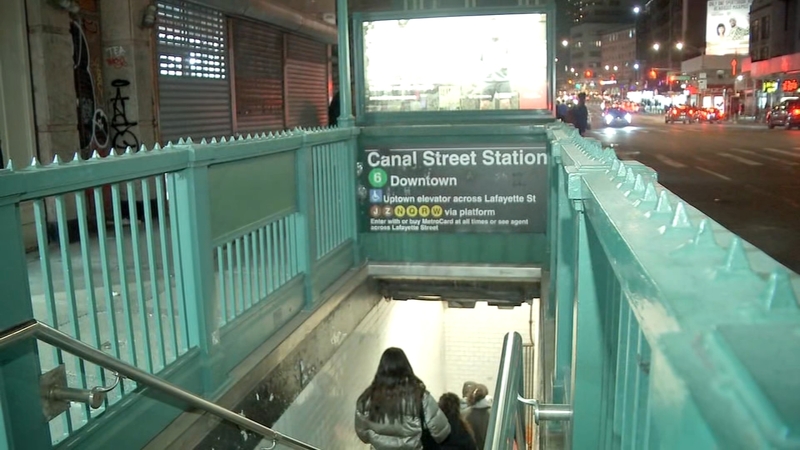 NEW YORK CITY (WABC) -- A 31-year-old man is the most recent victim of the rise in violent subway crime.

On Sunday the man was riding a southbound 6 train that was approaching Canal Street when he was stabbed, according to police.


The suspect appeared to stab the man in the arm and back unprovoked.

The suspect then fled the scene.

The victim was taken to Bellevue Hospital and is in stable condition.

This is the latest in a series of violent assaults this weekend.

One man was standing in the mezzanine of the168th Street station on the A-C-E line when two teens tried to rob him, according to police

They stabbed him and ran away.


Another man was stabbed on a southbound train in Morningside Heights after asking the suspect to stop smoking on the train.
These attacks come after Mayor Eric Adams and Governor Kathy Hochul unveiled their plan to combat crime and homelessness on the subway.

The plan calls for NYPD to enforce the MTA's code of conduct: like no sleeping on trains or carrying piles of trash and possessions.

And will also have mental health professionals join cops on patrol of the transit system.