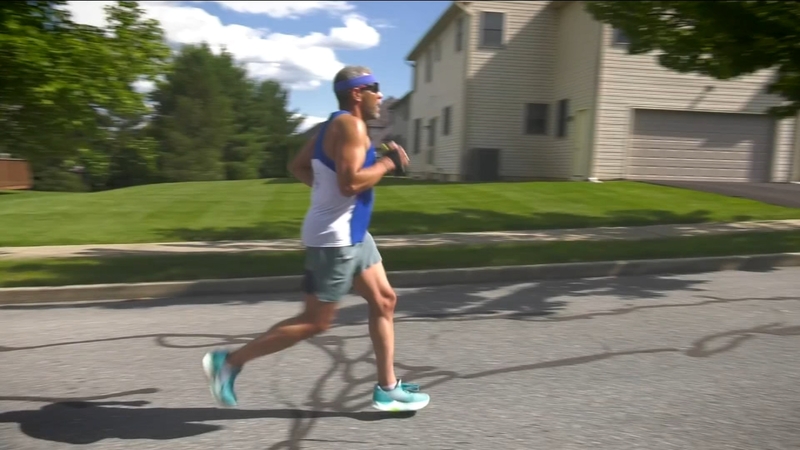 NEW YORK CITY (WABC) -- Chris Tempro is one of 50 educators chosen to be a part of "Team TCS Teachers" in this year's TCS NYC Marathon.

"Running is my happy place," said Chris Tempro. "Running keeps me calm, it gives me think space. It allows me to reach achievements that I never thought I had in me."

The next achievement Tempro is striving for-- running his first New York City marathon.

As a former Marine, Tempro understands the dedication and discipline it takes to run a marathon.

Those traits also carried him through a 20-year career as a firefighter with the FDNY.

One of Tempro's final missions with the department was working the pile at the World Trade Center after the 9/11 attacks.

After retiring from the FDNY, Tempro studied to become an educator and now teaches math at a high school in Pennsylvania.

His career choices followed in both of his parents' footsteps: one a firefighter, the other a teacher.

"They instilled in us a sense or duty or service," said Tempro. "Really, just making contributions where ever you go."

Teaching led Tempro to achieve another life-long dream in 2016 when he competed in Jeopardy's teacher tournament.

"When I was in junior high school, we used to go to a friend's house for lunch just to watch Jeopardy during the daytime," said Tempro. "And later on when I was in the firehouse, I was kind of a trivia champion."

Soon after Tempro took an interest in running and set his goal of running a marathon.

Tempro says his goal this year isn't to win, but is to finish and inspire his students to chase their next big achievement.