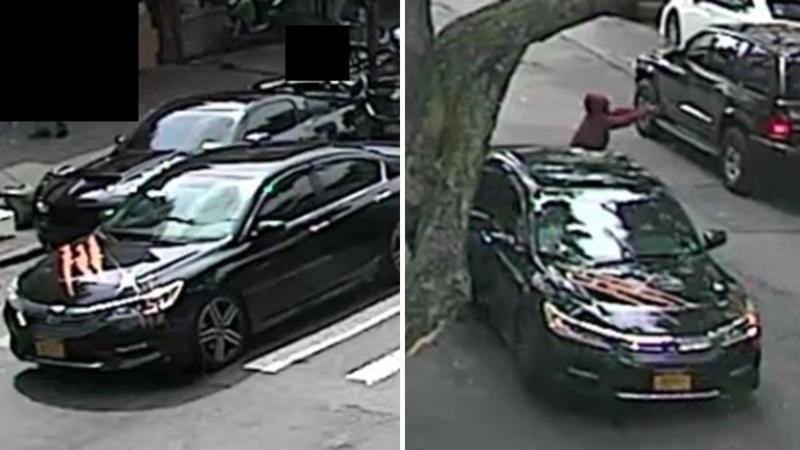 BRONX (WABC) -- Police released new photos of the vehicle used in the killing of a 13-year-old boy in the Bronx.

Investigators say the shooter got out of a dark-colored Honda Accord with distinct orange stripes on the hood before opening fire.

Photos of the vehicle were taken in the vicinity of Prospect Avenue and East 187 Street. The vehicle was seen fleeing eastbound on East 187th Street and turning left onto northbound Southern Boulevard.

Authorities believe the murder of Jaryan Elliot on Sunday was a gang retaliation shooting.

RELATED | 'Where is the outrage?' Shea asks in response to teen gang deaths in NYC

The NYPD says the killing was retaliation for the previous gang murder of 19-year-old Tyquill Daugherty a few days before.

They say a 16-year-old killed in a livery car on Sunday night, Ramon Gil-Medrano, was in turn retaliation for Elliot's death.