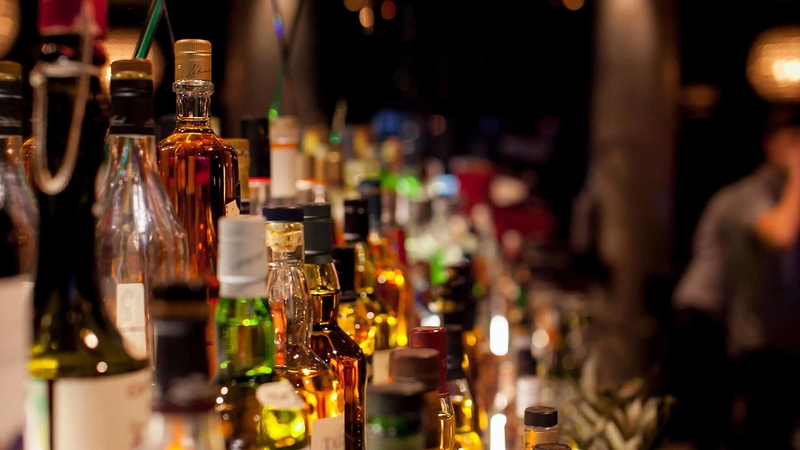 The governor said and other officials believe that congregating at bars is directly connected to the increase of COVID-19 cases among young adults.

"The infection rate among 21 to 30, it went from 9 to 13, so we are watching that," Cuomo said. "I've asked local governments repeatedly to step up and do the enforcement. That's what they are supposed to do. Enforce the law. They are not enforcing aggressively enough. I said the State Liquor Authority and State Police would help."

The governor said that the SLA and police found a number of violations in the downstate area on Thursday night. He said summonses were issued in Manhattan, Long Island, Queens, Astoria, Rockville Centre, Baldwin, Jackson Heights, and Lower East Side.

"Local government, step up and do your job," he added.

In order to avoid suspensions and summonses, many bars must comply with rules that seem to multiply by the day.

Bars must now serve real cooked food along with drinks even if they don't have a kitchen.

Jerry Schiffer, manager of the Depot, says that each day has brought something new.

Cuomo said 10 establishments are facing emergency orders of summary suspension from the State Liquor Authority Board. They include:

--Aqua, at 2241 Washington Avenue in the Bronx: On July 22, Chairman Vincent Bradley conducted a compliance check of Aqua in the Bronx and found 12 patrons consuming alcohol inside the premises -- which is currently not allowed in New York City. In addition, kitchen staff and servers were observed without facial coverings and patrons were illegally smoking hookah both inside and in front of the premises.

--Cipriani Downtown, at 372-376 West Broadway in Manhattan: Following numerous complaints, Chairman Bradley conducted a compliance check of "Cipriani Downtown" in Manhattan on July 21st. During the check, he observed 17 patrons drinking and standing around tables with no chairs in front of the business, most without facial coverings. The Chairman entered the premises and observed an employee behind the bar with no facial covering and four patrons purchasing alcoholic beverages at the bar, in direct violation of the Governor's EOs.

--Guaro's Tapas Bar Lounge, at 86-01 Northern Boulevard in Jackson Heights: During the evening of July 18, SLA investigators observed over 20 patrons congregating in front of Guaro's Tapas Bar Lounge in Jackson Heights, Queens without facial coverings or social distancing. Shortly before midnight -- well past New York City's 11 p.m. curfew for outside service -- SLA investigators returned to find over 25 patrons in a nightclub-like atmosphere, with music blaring and patrons not wearing facial coverings or practicing social distancing. The restaurant was also using an unapproved trade name. In addition, the NYPD reports this location was found in violation of the Governor's EOs on June 26th and June 30th.

--Set L.E.S, at 127 Ludlow Street in Manhattan: On July 23, Chairman Bradley conducted a compliance check of "Set L.E.S" in Manhattan, finding eight patrons drinking directly in front of the restaurant and approximately 30 patrons congregating near the premises, all without facial coverings and not practicing social distancing. The establishment was operating an obvious outdoor, self-service bar from a window -- exactly the kind of service the Executive Orders and SLA restrictions do not allow.

--Kandela, at 150-03 Cross Bay Boulevard in Queens: On July 16, SLA investigators responding to numerous complaints about "Kandela" in Queens conducted a compliance check, finding loud music and dancing directly in front of the business. On follow up inspections on July 17th and July 20th, SLA investigators observed a DJ playing music outside the premises, creating a nightclub-like atmosphere where patrons were clustered, in addition to a bouncer and waitstaff serving patrons without facial coverings. The conduct observed was consistent with complaints received from neighbors. The location was also observed in the past week serving well past New York City's 11 p.m. curfew for outside service.

--La Pollera Colorada II, at 82-13 Northern Boulevard in Jackson Heights: La Pollera Colorada II's non-compliance began on May 4, when NYPD officers found patrons drinking inside the restaurant who refused to disperse. On June 17, the SLA charged the licensee with violating the Governor's EO based on an NYPD referral that intoxicated patrons were consuming alcohol directly in front of the establishment. On June 26, SLA investigators observed servers without facial coverings, in addition to patrons drinking and lingering in front of the business, and on July 18 -- after multiple charges and multiple warnings -- an SLA investigator observed continuing non-compliance at the location, with over 25 patrons congregating without facial coverings and without exercising social distancing.

--Brik Bar, at 32-16 Steinway Street in Astoria: Brik Bar is one of the worst offenders on Steinway Street in Astoria, Queens, where large crowds have assembled for drinking and partying. The bar had been warned and served with SLA violations for allowing crowds to congregate and drink outside on multiple occasions in June. They were observed again in flagrant violation of the Governor's EOs this past weekend on July 16th and again on July 18th, ultimately resulting in the NYC Sheriff 's Office serving the location with a cease and desist order on outdoor service, issued by the New York City of Department of Transportation.

--Maspeth Pizza House, at 55-60 60th Street in Maspeth: Another repeat offender, Maspeth Pizza had been cited and warned on multiple occasions for serving alcohol to standing patrons who were congregating outside its location. On July 10th and 19th, SLA Investigators observed this premises continuing its unlawful service, including after the 11 p.m. curfew, with numerous patrons standing, dancing and drinking alcoholic beverages in violation of social distancing rules. Investigators also witnessed servers with no facial coverings and patrons smoking hookah, in violation of the establishment's license.

--M.I.A Made in Astoria, at 27-35 21st Street in Astoria: In another problematic section of Astoria, M.I.A was found to be serving alcohol to dozens of patrons who were standing, drinking, and congregating -- and not dining -- well past the 11 p.m. NYC curfew for outside dining. M.I.A. had previously been cited and warned for earlier violations of the Governor's Executive Orders.

--Secrets Gentleman's Club, at 3A Saxwood Street in Deer Park: On July 17th, investigators with the SLA and Suffolk County Police Department conducted an undercover inspection of Secrets Gentleman's Club in Deer Park. The detail observed employees and patrons inside the premises without facial coverings, including dancers performing while sharing the same stage pole and giving lap dances in violation of the Governor's EOs and SLA Guidelines. When the owner was confronted by an SLA investigator about the problematic conduct, he claimed it must have started without his knowledge after he had left -- unaware that he had already been caught on videotape buying drinks for the undercover agents and bragging about getting away with violating the Executive Orders.