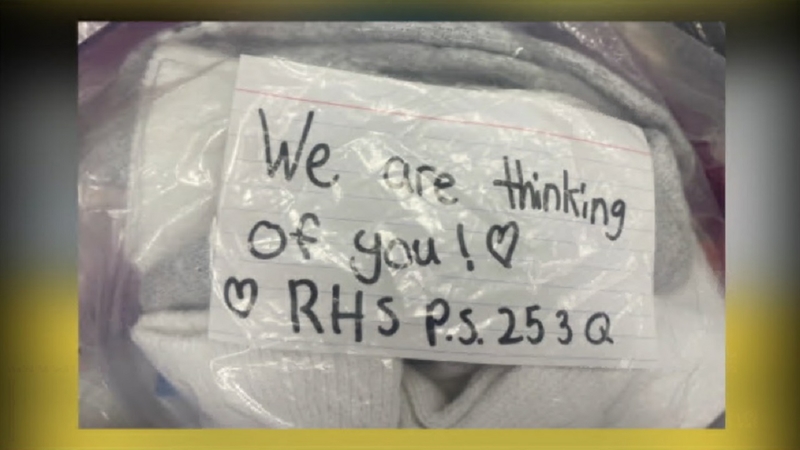 THE BRONX (WABC) -- Just weeks after the tragic Bronx fire that claimed 17 lives, one woman has made it her mission to help the children who were displaced.

Erika Tobias and several other parent groups across the city and outside the state orchestrated a drive that collected items such as clothes, toothbrushes, bed sheets, hats, and gloves. This all came together in less than a week after a flier was created.

Tobias says it was a community effort and shows the kindness of strangers.

The donation was such a success that the excess items were shared among all of the less fortunate children in other Bronx schools.

Some of the firefighters on the scene of that fatal January 9th fire also received some kind presents. On Sunday, 300 hand-decorated bags filled with snacks were given out to four of the firehouses on scene. It was all smiles as groups from Scarsdale, Roslyn and Queens delivered the packages to engines 75, 45, 48, and 88.

Stacey Sager has the latest on a massive fund- and supply-raising effort underway in the wake of the devastating Bronx fire.