Isaias Impacts NYC & the Tri-State
WABC
NEW YORK (WABC) -- The torrential rains and strong winds from fast-moving Tropical Isaias dealt such a wallop that millions were left without power in the Tri-State area and governors had to put into place emergency orders to speed up the recovery.

Governor Andrew Cuomo declared a State of Emergency for downstate New York on Wednesday to enable the state to provide additional levels to support to local governments throughout the clean-up and recovery process.

Nearly 2.5 million people lost power in the region. Con Edison said the number of power outages from Isaias was the second-largest in the company's history. Only Superstorm Sandy in 2012 caused more.

At least one person was killed in the area as the tropical storm hit the region.

A 60-year-old man was killed when he was crushed by a tree that fell on his car in Briarwood, Queens.

There were more than 3,100 reports of downed trees in Queens, many of which knocked out power and damaged homes. One crashed through the roof of a home and fell on a child's bedroom. She was just a few feet away and wasn't hurt.

In Brooklyn, a woman was struck in the head by a falling tree branch outside the Tilden Houses in Brownsville just after 2 p.m. She was taken to Brookdale Hospital in critical condition.

Cuomo blamed the power companies for failing to prepare adequately for the storm and its aftermath and he is vowing an investigation.

ConEd said 260,000 customers were left without power after the storm throughout New York City and Westchester County. The company said it is clear that the restoration of all customers will take multiple days.

The company urged residents to stay away from downed wires and to not assume they are de-energized and planned to have power fully restored by Sunday night.

Lower Manhattan was spared from major flooding from Isaias:

A massive tube was used to keep flooding to a minimum in Lower Manhattan.

In the East Village, part of an exterior building was caught on camera falling to the ground. There were no reports of any injuries associated with the incident.

In the East Village of Manhattan, part of an exterior building was caught on camera falling to the ground. 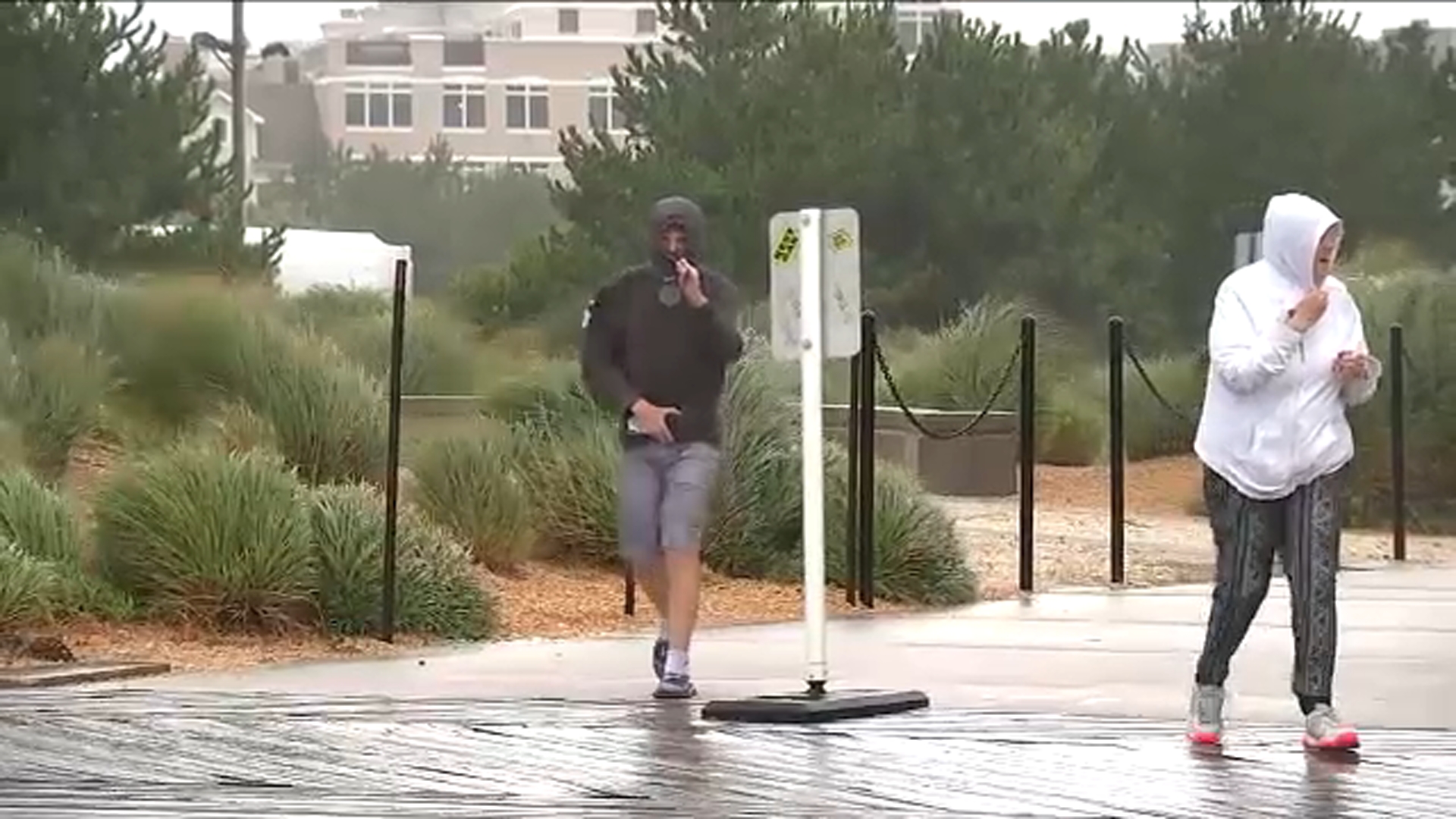 The storm caused the MTA to run underground subways only. No outdoor subways ran during that time and outdoor subway stations were closed.

Metro-North service on the Hudson, Harlem and New Haven Lines was suspended at one point due to high winds and hazardous conditions caused by Tropical Storm Isaias.

LONG ISLAND
Isaias caused widespread damage and knocked out power to hundreds of thousands across Long Island who remained without service on Wednesday.

The storm sliced a path of wreckage through thousands of trees which toppled one after another onto cars, into houses and onto a tangle of power lines.

PSEG said Isaias was one of the strongest storms to reach the service area in years. Strong winds and hazardous gusts downed trees, branches, and wires and impacted more than 368,000 of 1.1 million customers across Long Island and the Rockaways.

PSEG Long Island President Daniel Eichhorn fought back against claims that PSEG was not prepared for the large tropical storm.

Eichhorn said less than 24 hours after the storm 57 percent of customers have had their power restored.

Approximately 160,000 customers remained without power as of 10 p.m. on Wednesday. Power to all Long Island customers should be restored by Saturday, he said.

Isaias did bring periods of torrential rain in Rockland County, but it was the wind that caused the most damage there too, uprooting small trees and snapping branches on big ones.

A 60-year-old man is dead after a possible electrocution in New Jersey.

Police say the man may have been doing yard work and come in contact with downed wires from storm damage due to Isaias.

Heavy rains and confirmed tornadoes were reported across New Jersey, where a state of emergency was in effect.

Toni Yates reports on the storm damage left from Isaias.

The state's utilities reported more than one million homes and businesses without electricity. Crews were staging to restore service once the worst of the weather had passed.

Connecticut Gov. Ned Lamont called for an investigation of the state's two largest electric utility companies Wednesday as hundreds of thousands of residents remained without power a day after Tropical Storm Isaias ripped through the state.

Lamont asked the Connecticut Public Utilities Regulatory Authority to look into Eversource and United Illuminating and find out why they were not prepared for a quicker response, calling their power restoration efforts "wholly inadequate."

As of Wednesday evening, just over 609,000 Eversource and just under 92,000 UI customers remained without power and Eversource spokesman Mitch Gross said customers should "prepare for multiple days without power."

The tongue lashing from Lamont came hours after he declared a state of emergency and activated the National Guard to provide services such as helping to clear roads. The state's Emergency Operations Center on Wednesday was managing both the response to the storm and to the coronavirus pandemic, he said.

Nearly the entire town of Westport was without power after felled trees knocked down power lines.

At one point crews were dealing with more than 200 incidents of blocked roads due to downed trees.

"With more than 700,000 customers experiencing power outages, we need to take several emergency steps that will facilitate restoration," Lamont said. "I remain in consistent communication with municipal leaders and utility officials so that we can move resources to where they are most needed at this time. I continue to have regular communications with our Emergency Operations Center, which is managing both the response to this storm and our continued response to COVID-19." 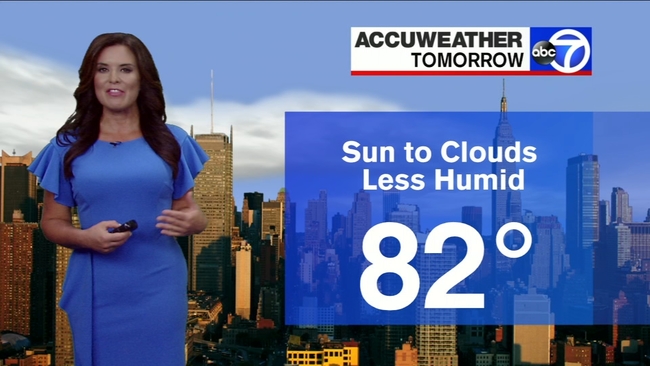 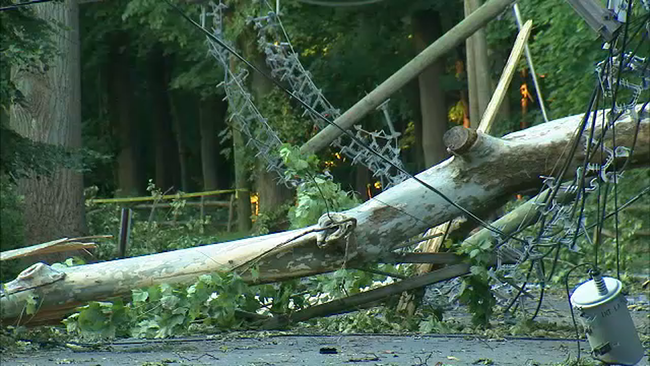 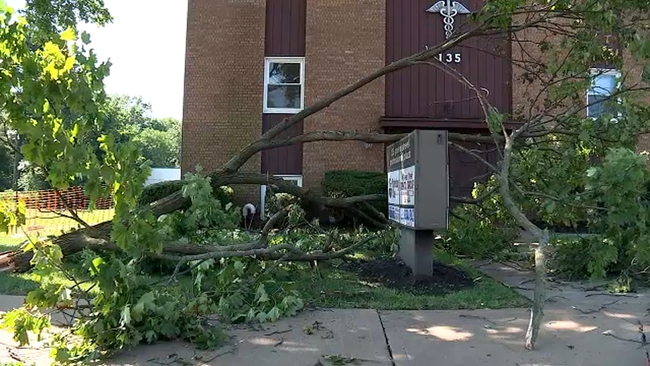 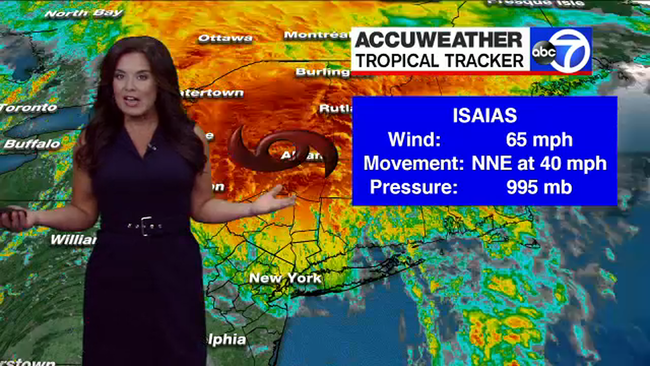 Sex offenders at Manhattan hotel will likely extend their stay 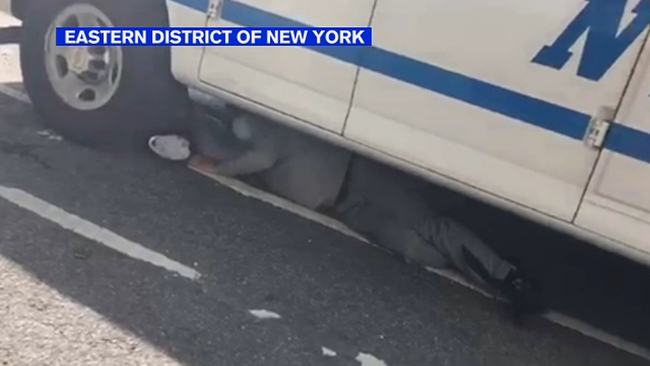