Parts of Connecticut walloped with snow

Marcus Solis reports on how Stamford, Connecticut is preparing for its biggest winter storm of the season.

CONNECTICUT (WABC) -- Snow walloped Connecticut Saturday, and up to two feet of accumulation was expected in parts of the state before the nor'easter moves out, Governor Ned Lamont said.

He said the state exhausted resources to prepare for the storm, including hundreds of employees and snowplows, dozens of salt sheds, and teams from Canada.

The National Weather Service confirmed a blizzard in New London. The three criteria for a blizzard are blowing or falling snow, winds of at least 35 miles per hour, and visibility of a quarter mile or less for at least three hours.

The big message from officials was to stay home, but urged that if travel was necessary, to take extra precautions amid potentially life-threatening conditions.

Still, Lamont said the state had been doing well so far in handling the "wicked New England storm." He said snowfall should lighten up by Saturday afternoon in most of the state, and later in the evening in New London and the eastern portion of Connecticut.

Snow was accumulating fastest in eastern Connecticut, with a rate as fast as 3 inches an hour.

Snow plows had challenges on the roads, as they are unable to clear the roads fast enough due to such a high rate of accumulation. Accidents so far on I-95 have had no serious injuries reported.

No tractor trailers are allowed on roads, some rail lines are down, and Connecticut airports are "down at this point," said Lamont.

CLICK HERE for the latest on mass transit impacts in the Tri-State area.

Recommendations on lifting the tractor trailer ban would be assessed in the evening.

The snow appears to be light, which may mean a smaller impact on trees and power lines, according to Lamont. There are currently about 100 outages in Connecticut right now, but utility workers from electric companies Avangrid and Eversource are prepared to restore power when needed.

RELATED | Winter hurricane? What is a 'bomb cyclone' or 'bombogenesis'?

State police have received over 500 calls for service since the storm began, though there have been no reports of coastal flooding so far.

Lamont said the storm will get "worse before it gets better," and he urged people to stay off the roads and stay at home this weekend.

In Stamford, acting Mayor Jeff Curtis declared a snow emergency, which requires the removal of all vehicles on designated snow emergency streets.

City parking garages are open and free of charge through 6 p.m. Sunday.

"We are declaring a snow emergency now to give residents time to prepare and get their cars off the streets," Curtis said. "Heavy snow is predicted to make overnight Friday and Saturday travel hazardous, and I encourage all residents to stay home to allow road crews to clear the streets. High winds may lead to downed trees and wires and residents should be prepared, charge cellphones, and make sure you have a plan if the power goes out." 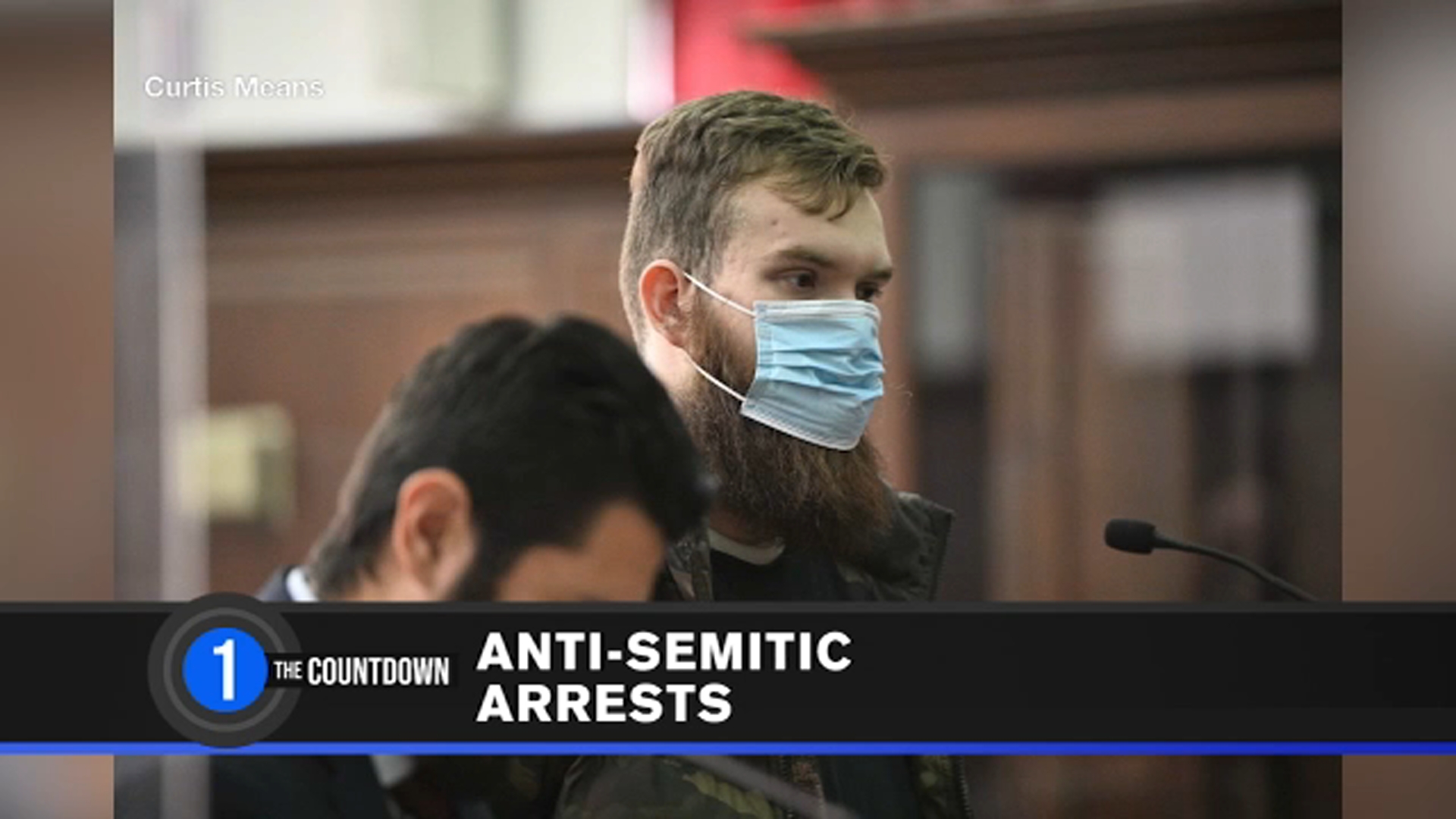 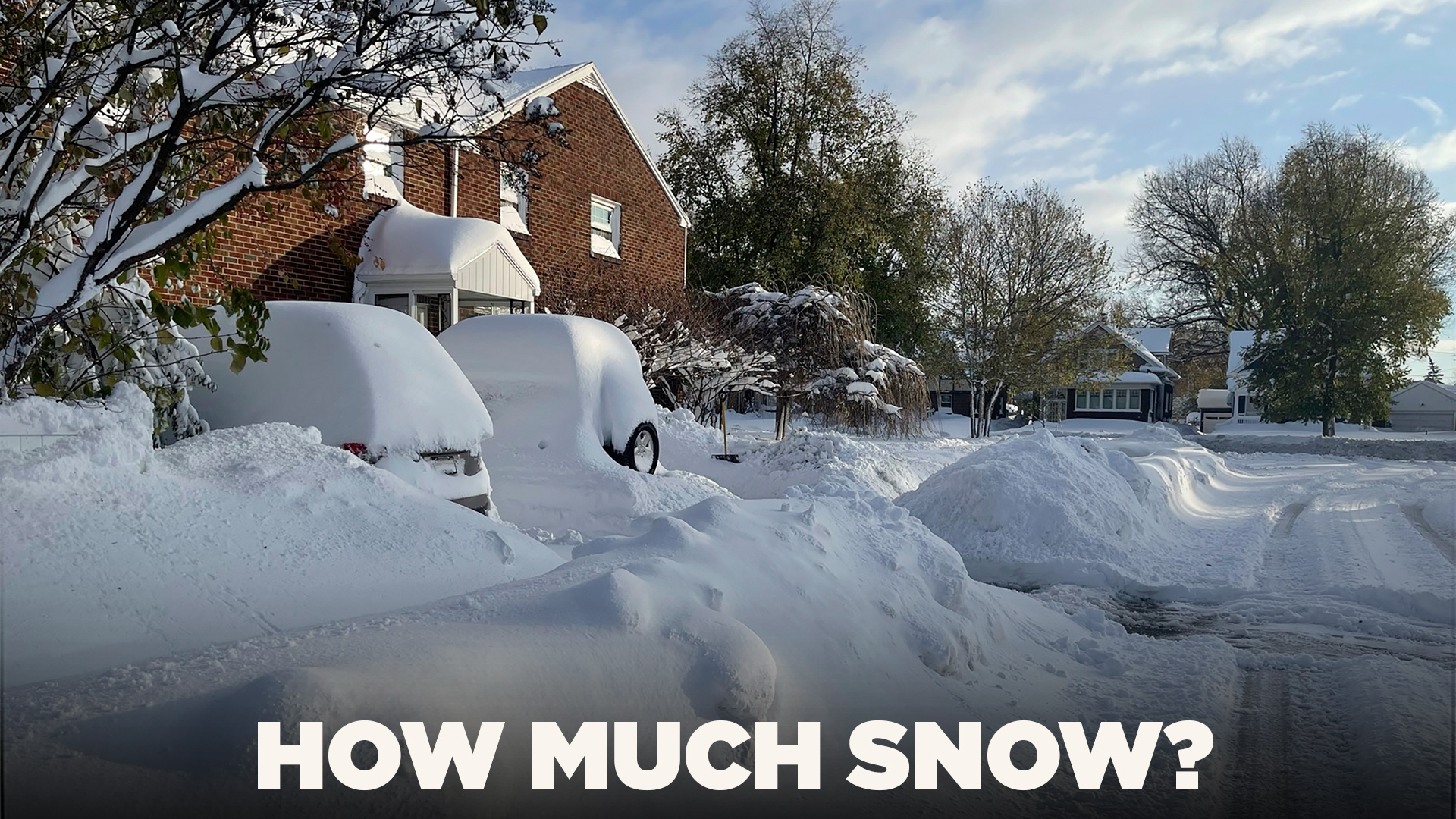 How much snow in the Buffalo area 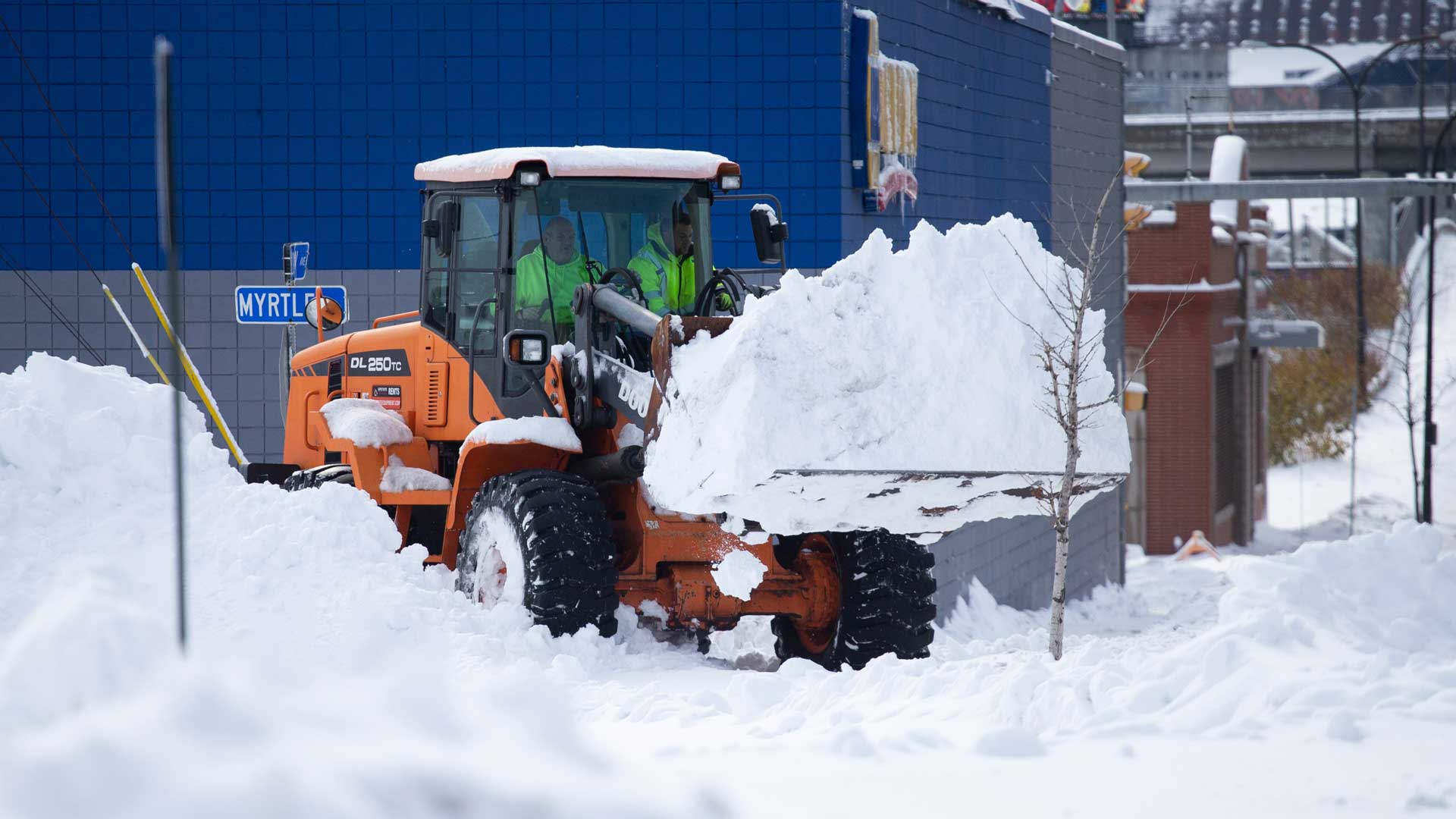