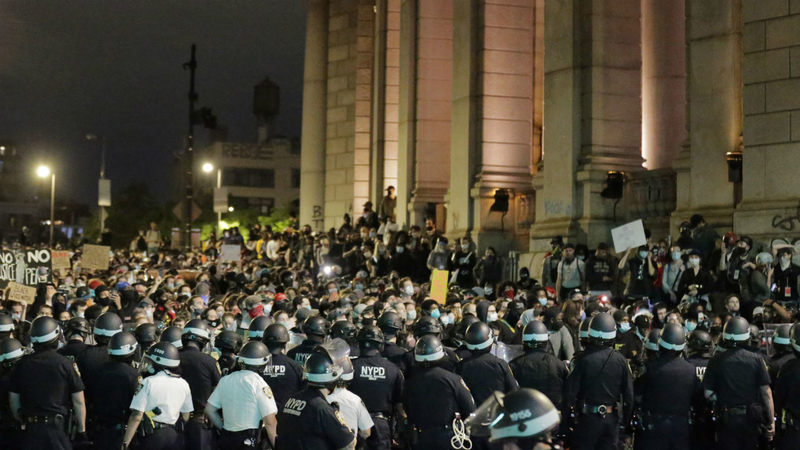 NEW YORK (WABC) -- Hundreds of people walked peacefully in large groups across Manhattan and Brooklyn long after the curfew took effect at 8:00 p.m. in New York City on Tuesday, while clashes and looting remained largely absent from the scene.