Police are searching for the man who attacked a 46-year-old subway cleaner while she was on a platform in Manhattan last Friday. Sonia Rincon has the details.

NEW YORK (WABC) -- A 27-year-old man was slashed across the face after getting into a verbal dispute with a suspect at subway station in Manhattan.

The incident happened just before 3 p.m. Friday inside the 14th Street Union Square subway station on the N/Q/R train platform.

Police say the suspect removed the victim's backpack and fled from the scene after the slashing.

The NYPD is searching for the man who attacked a subway worker with a pipe in Lower Manhattan. It happened right before Leonor Faña started her 7:00 shift Friday morning cleaning the E train platform at the Chambers-World Trade Center stop.

She says she was able to call a coworker nearby, then fell. While she says her physical injuries hurt, more than anything, she feels emotionally scarred, saying she is traumatized, nervous and anxious - feeling like danger is everywhere.

It was not the first time someone attacked her while working in Lower Manhattan. Faña says while this was the most serious, it was actually the third time. Only a few days earlier, someone shoved her to the ground. Each attack, she says, was completely unprovoked.

Eyewitness News asked Faña what she thought of subway violence being mentioned so much leading up to the election this week. She said this should have nothing to do with politics, but instead said 'I do hope whoever won does something. There has to be more safety. It could happen to anyone.' She also says she has no choice but to go back to the scene of the crime - because as the single mom of a teenager, she has to work.

In the meantime, she hopes police find the assailant and hold him accountable. Police say the suspect took off toward Park Place, and they would like to hear from anyone who can help identify him.

At least 4 stabbings on subway in 24 hours in NYC

At least four stabbings occurred in the New York City subway system ahead of the start of the workweek. Police said a 23-year-old man was stabbed in the chest around 2 a.m. Monday at the 111th Street station in Ozone Park, Queens after he got into a dispute.

Investigators said the victim boarded an A train after he was stabbed, but got off at the Ozone Park Lefferts Boulevard station, where he called police. He was taken to Jamaica Medical Center for treatment.

Also early Monday, a 25-year-old man was slashed in the forehead around 2:40 a.m. while on a J train near the Cypress Hills station in Brooklyn. He was treated at the scene. Police are still searching for suspects in both crimes.

On Sunday night, authorities say a 54-year-old subway rider was stabbed in the arm around 9 p.m. while on a 4 train near the 149th Street-Grand Concourse station in the Bronx when they attempted to stop a man from harassing a woman. The 42-year-old suspect was arrested and the victim was taken to Lincoln Hospital.

On Sunday morning, police say a 44-year-old subway rider was stabbed in the neck around 7:15 a.m. on the number 6 subway platform at the Morrison Avenue-Soundview station. According to investigators, the victim and the suspect had gotten into a dispute over buying subway swipes. The victim was taken to Jacobi Hospital while the suspect, 24-year-old Jared Johnson, was arrested after he fled from the station.

Police say a group of men were fighting near the 7 train platform, when a suspect stabbed the victim in the torso.

He was taken to Bellevue Hospital in critical condition. A 22-year-old man was slashed in the arm during the incident, but is expected to survive.

An update to a story from Friday, police released a surveillance picture of a man who allegedly stabbed another man on a subway platform in Harlem.

Suspects attack elderly victim on subway in Upper West Side

Police have released pictures of the man and woman accused of attacking a 78-year-old man on the subway.

The incident happened on Thursday afternoon, onboard a 1 train near the 96 St. station on Manhattan's Upper West Side.

Police say the suspects repeatedly punched the victim in the face after he asked them to turn their music down.

The victim is expected to recover.

Officials are still looking for the suspects.

Man stabbed in back during fight on Harlem subway station platform

A man was stabbed during a dispute on the platform of a Harlem subway station. Officials say the incident happened at the 125 St. station just after 4:35 a.m. Friday. The 43-year-old victim was taken to the hospital with non-life-threatening injuries.

Police have released video footage of a man wanted for another subway shoving incident. On Monday night, a man was pushed onto the tracks of the 6 train line at Lexington Avenue and East 77th Street on the Upper East Side.

This subway crime was the third in nine days.

A 22-year-old woman was waiting for the 7 train at the 82nd Street-Jackson Heights subway station when a man grabbed her purse and threw it to the ground. The woman confronted the man and that's when he punched her in the face and pushed her down the stairs, according to police. Police are still searching for the suspect

A good Samaritan trying to break up a fight on the subway early Wednesday ended up becoming the victim when he was stabbed. The NYPD says the 31-year-old man was stabbed on a train as it was pulling into the Brooklyn Bridge-City Hall station around 6 this morning.

After a rash of recent attacks inside the New York City transit system, including a violent subway shove in Brooklyn that was caught on surveillance video, the MTA is hoping to make it easier to ban criminals from the system entirely. Lamale McRae slowly walked up the sidewalk at Transit District 20 in Queens Monday night.

He's in custody after being arrested for a violent and unprovoked assault of a total stranger on a Bushwick subway platform last week.

Thousands of additional officers are now patrolling the New York City transit system. During peak hours, officers will be posted in two out of three stations, an unprecedented deployment of NYPD manpower underground.

Officials are investigating another act of subway violence as the city desperately tries to get a handle on subway crime. A 62-year-old man was punched in the head and then knocked onto the tracks at a subway station in the Bronx on Sunday night. The incident happened at the 149th Street-Grand Concourse station around 9:45 p.m.

An arrest has been made in Thursday's subway sword attack in Lower Manhattan. Police identified the suspect seen in surveillance video as Sel-Wyn Bernardez, 27. Bernardez is accused of striking another rider on the head, although the sword was in its sheath. It happened at the Chambers Street station during a dispute. 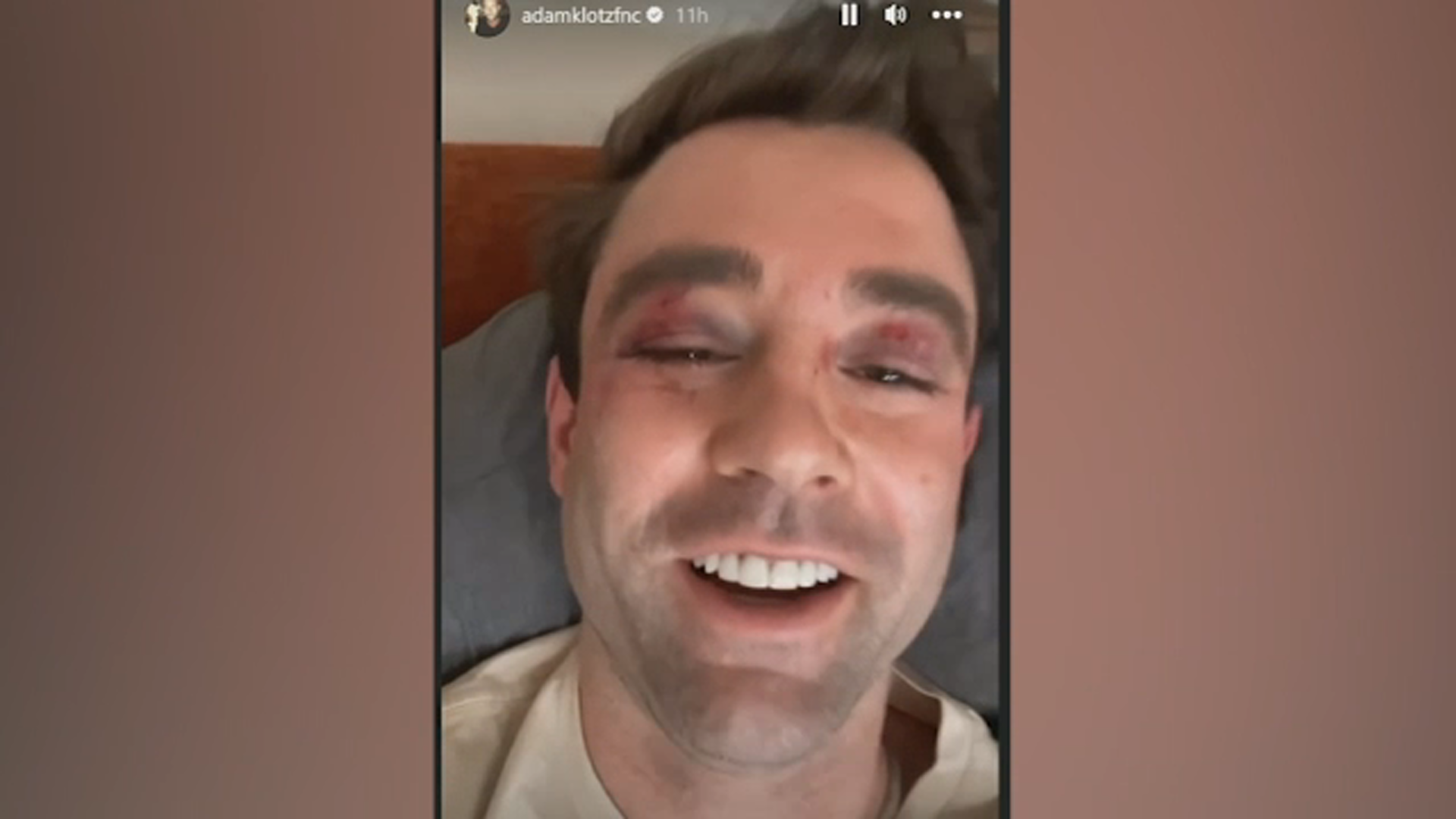 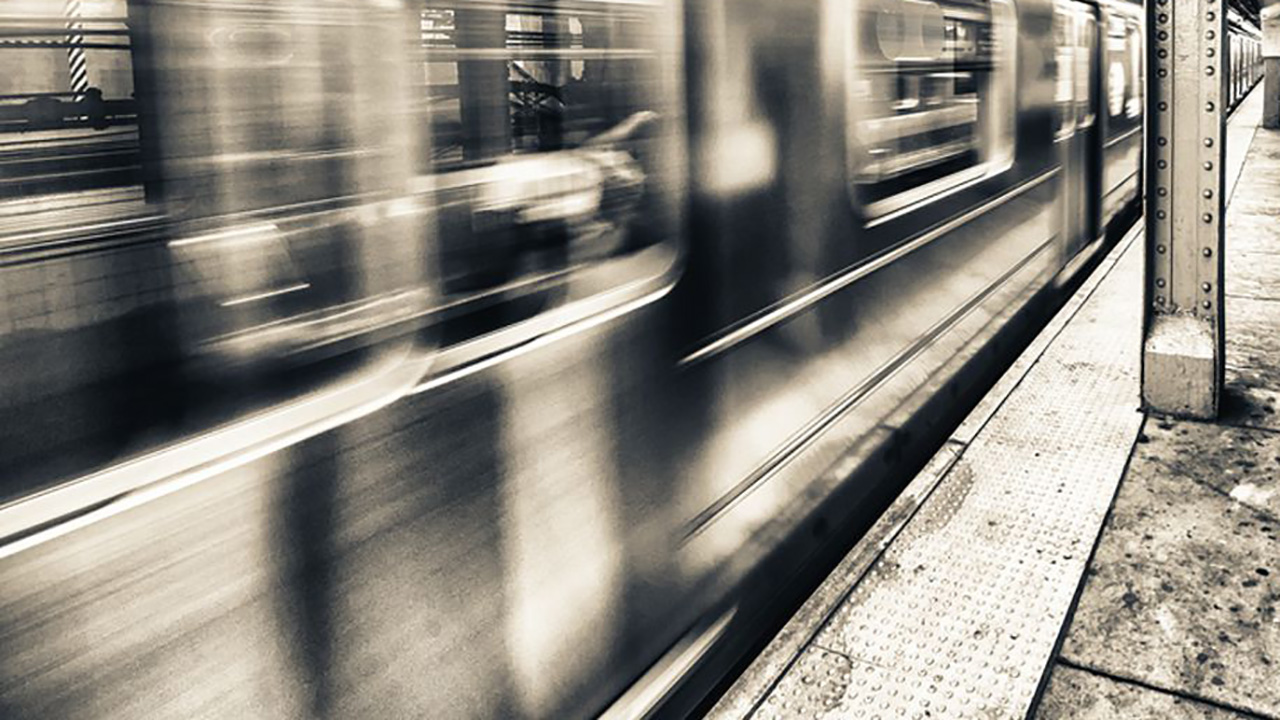 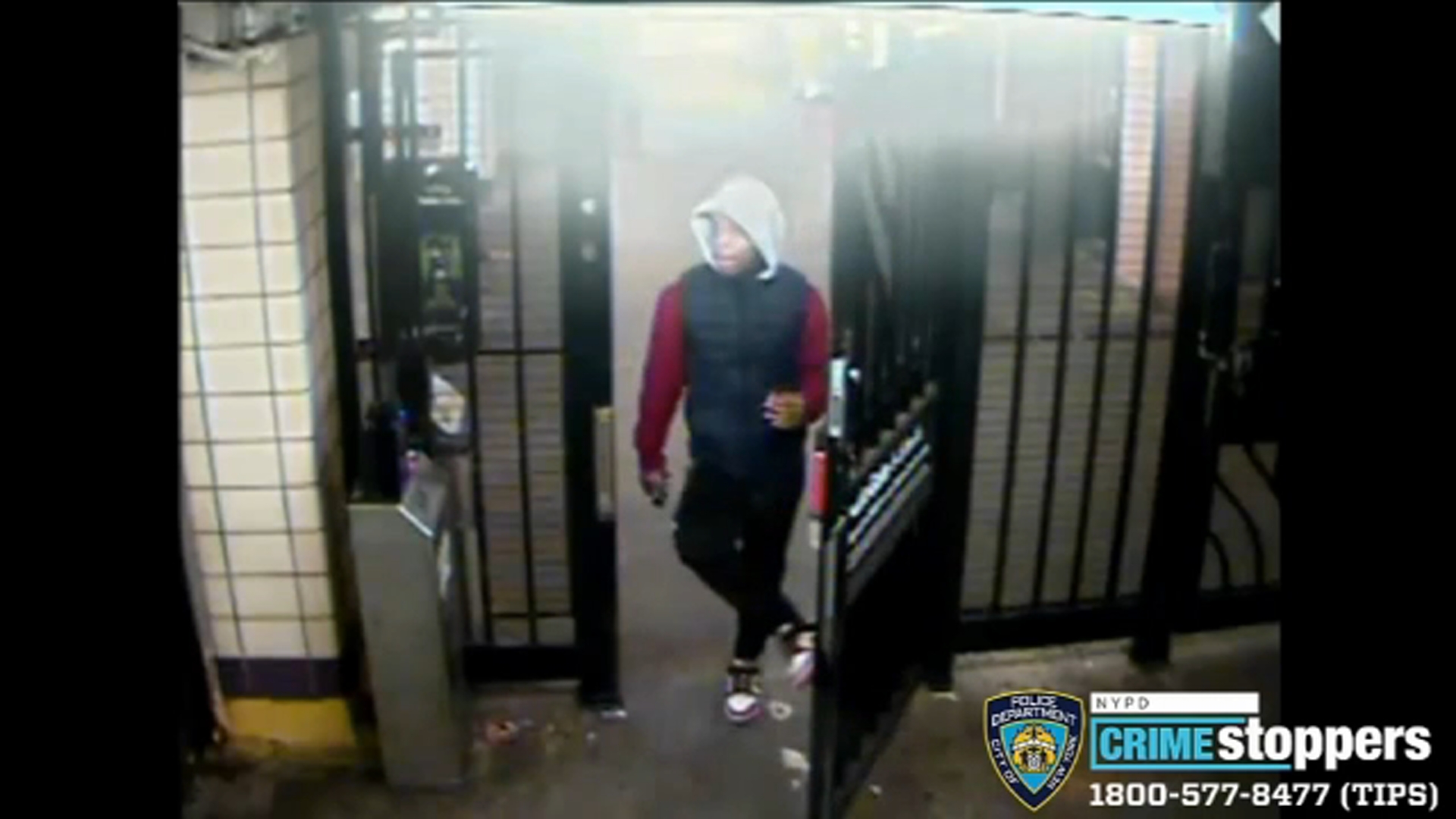